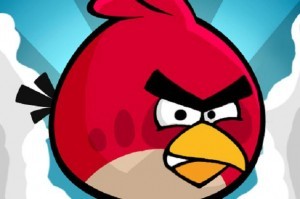 We have a new toy in the house. I have an Amazon Kindle Fire, which replaced my old Kindle, which sadly, got into the hands of a certain Small Boy, who dropped it, by accident, and sent it to it’s death. The Kindle Fire is a tablet device, which can be used for all sort of things and we are enjoying using it and it’s various applications. I tend not to let my children play with technology, particularly the expensive kind, (above is why) but I have let them play with it a little, we have downloaded some fun and education acts for both the children, and I have downloaded all my books and some apps for myself.

The children have taken to the Kindle like ducks to water. Small Boy seems to be able to unlock it, and access the apps he wants (and things I don’t want him to access) with ease, and Big Girl also seems to have figured out how to use it. I have had to wrestle it off them a few times, though. 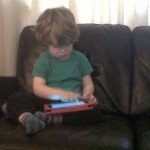 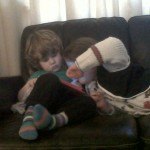 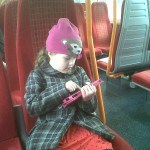 I do have one teeny, weeny, little problem…. My Facebook and Twitter habit could being replaced by a game I have found and may be, ahem, slightly hooked on. Angry Birds! I LOVE this game. I have no idea why. I am not a computer game player, or someone who likes playing stuff like this normally, but the initial app was free, and I thought it might be fun, and something light to try, if I was bored (which isn’t often) Now I can’t seem to stop playing. I am determined to crack the whole thing, and to be honest, I am not very good at it, so it is taking me a while. If I have five minutes to spare, I will dig out the Kindle and try and complete a level or two. The children think it is hilarious, and like to watch and encourage me in my new, dubious pastime  “Come on Mummy, get that piggie” or “Oh Mum, you missed the pig again” are the cry, as they cheer me on or bring me back down to earth when I think I may have actually conquered the horribly annoying, grunting green pigs – the purpose of the game is to annihilate them, using various birds and weapons. I have even spent a little bit of my own money to upgrade some of the weapons, and buy more powerful birds, in my quest. (Don’t tell LSH, he will not be amused) I actually stayed up until after 12am last night, playing Angry Birds!

This is a dire situation! I don’t remember enjoying a game so much since Sonic the Hedgehog and Super Mario arrived on the scene (the original game – now I know I am showing my age!) I really need to find better things to do with my time. Maybe going back on Facebook next week will distract me? Send help now! Is there a therapy group for recovering Angry Birds addicts I can join? Or better still does anyone have any cheat apps I can use to get further on in the game…..? 😉 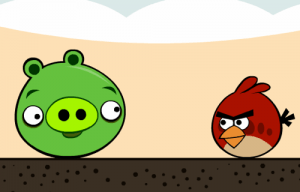