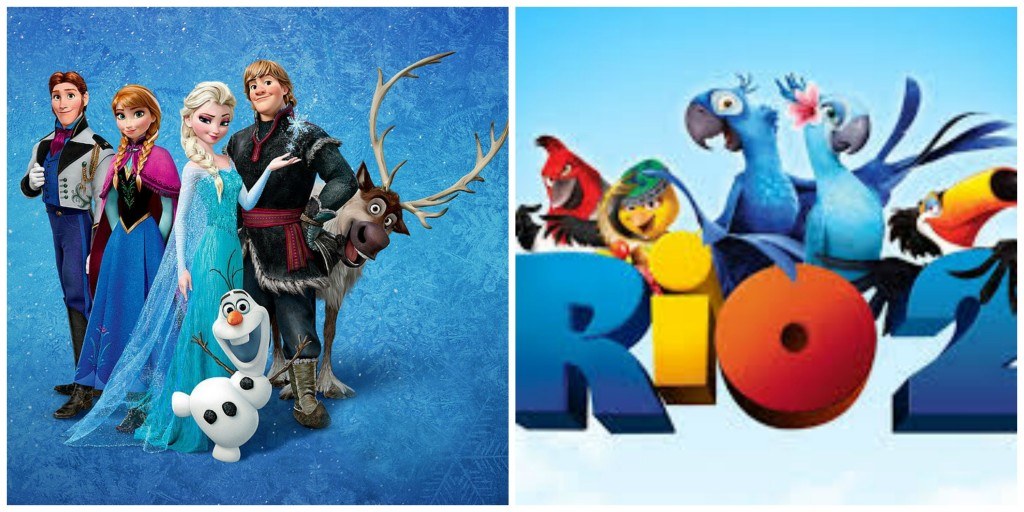 So, when planning for Big Girl to be off, at home, recuperating from her operation, I organised myself and bought a few new DVD’s, for her to watch while she was resting and recovering. I happened upon Frozen, whilst out shopping, and although we had seen it in the cinema, and I wasn’t that impressed I decided to get it, for her.

I am generally not a HUGE fan of Disney movies. Some of them are brilliant. The Lion King, Tangled, Mulan, and a few others are real firm favourites and I do love Sleeping Beauty, in fact, probably for all the wrong reasons, I am looking forward to the release of Maleficent, when it comes out, and will be taking myself off to see it, it’s not a children’s movie, by any stretch of the imagination. I find most of them cheesy, and the whole “true love”, a girl must find a prince to kiss, thing, really annoys me. I don’t really do the whole Disney Princess thing, either.

We watched Frozen, A LOT, whilst keeping a recovering girl happy, and also because Small Boy has become somewhat obsessed. I am pretty certain he has some musical genes, and loves singing, dancing and anything with rhythm. He can sing most of the songs from Tangled, Frozen and Rio off by heart, and so can I, by now.

Don’t get me wrong. Frozen is a fun movie, in that it’s very musical like, (in fact one of my friends says she thinks it will be made into a musical for the stage, she is probably right) and the characters are OK. I personally think they didn’t give enough of the story to the more interesting character, Elsa, struggling with a power she doesn’t know how to handle, and being isolated from the world, and punished from something that isn’t her fault (I am also amazed and the connotations and concoctions people have come up with to relate to this movie, it’s  DISNEY movie, there are no hidden meanings, or maybe there are….) although I do feel sorry, for Anna, also being isolated from the world, because of her sisters issues. I spend the whole movie wanting to smack their parents and ask them why they are doing this to their daughters!  I do like the end of the movie, which for Disney, was a real twist and a good one. The usual love conquers all message, but the love of one sister for another, not the normal “Prince kisses girl” nonsense.

I am SO cynical aren’t I?

We also went to see Rio 2, much to my bird loving Small Boy’s delight. As usual, the sequel is not as good as the original movie, and I won’t spoil the plot for those who haven’t seen it (darn, I just realised I spoiled the plot for those who haven’t seen Frozen, ooops, sorry!) but I much prefer the type of movie Rio  and its sequel are. Yes, it’s talking animals, yes, it’s not really realistic, but there is a much more interesting and thought provoking undertone. The usual baddies versus the birds, but it got more conversation, from us. Big Girl and Small Boy both wanted to know about bird smuggling, damage to the rainforest, and about animals having their habitat destroyed, and we had some very interesting discussions about keeping wild birds as pets, and about how man is destroying our planet.

So, I might be singing along to the songs from Frozen, because let’s face it, they are pretty catchy, and my children think it’s hilarious when I yodel “do you want to brush your teeth now…?” to the tune of “Do you want to build a snowman” and Small Boy likes to listen to Let it Go on my headphones on all car journeys and before bedtime, but frankly, I would rather be in Rio, with the birds!

What movies have you and your kids watched lately? Are you a Frozen Fanatic or are you a bit meh like me?

Posted in Everything else and tagged Disney Movies, Frozen, Rio 2.