So, the summer holidays are over, and I have to get back on the healthy bandwagon. I WANT to exercise but at the moment, I am still now allowed, other than swimming, which I haven’t had much time for.

So this is a whiny post about the knee, because we are at a crossroads as to what to do. 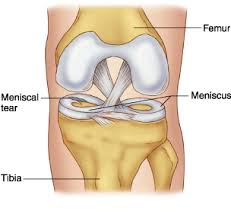 Option 1) carry on as I am, not being able to exercise, and being in a fair amount of pain, most of the time, as I try to go about my normal daily routine (which is mostly on my feet and a lot of walking – I average about 5 miles a day, on a working day, and rarely sit down, unless you count bus journeys) but see a physiotherapist for management to keep me going – not really an option, because frankly, I have been at this with this knee issue for nearly 18 months, and I am over it, and I want to start proper exercise again.

Option 2) Have a series of steroid injections under local anaesthetic, with ultrasounds to help relieve the pain, bring down some of the swelling and hopefully mean I can do some more pro active rehabilitation work on the knee to make it stronger, stabilise it and ward off surgery for a bit longer. The downside, I would have to rest for 10 days at least, post the injection to let the knee heal – again, not ideal, because hey, I don’t have ten days to just sit around, watching my knee heal.. I could have this done three times, over the course of the next few months

Option 3) Bite the bullet, sign on the line, and have the operation that is looking more likely. A arthroscopic procedure to repair the damage meniscus disc, and remove and clear out the cartilage that is damaged and causing issues, and also to clear out excess fluid that’s lurking there – sounds pleasant, doesn’t it? – this is becoming more viable, now, as I am in more pain, and whilst I would have to rest for a week to two weeks, depending on what repair technique is used on the damage disc, I would be able to get back to exercise and intensive rehab physio faster, and hopefully be in far less pain. The surgery isn’t always fully successful, at reducing pain and damage, though so I have to consider this before I agree to it, and of course you have the risks of anaesthetic, surgery, infection, blah, blah…

So, what to do? I am still trying to decide, and the knee and I will be off to see my surgeon, in the next week or so to see what he recommends. He is neutral on either the op or steroid treatment, until he has seen the results of my most recent MRI, but my physiotherapist wants me to opt for the steroid route…He looks a bit scared when I laugh manically at the thought of having to put life on hold and actually rest for two weeks! 😉

Gosh, who knew knees could be so complicated and such a pain. I would love to hear from anyone who has had similar issues and what you decided to do, and what worked for you. Please cheer me up, send chocolate, actually don’t, because I can’t exercise to burn it off, but do feel free to comment and offer your thoughts!

Posted in Everything else and tagged Exercise/active family, knee injury, meniscus injury, Physiotherapy.