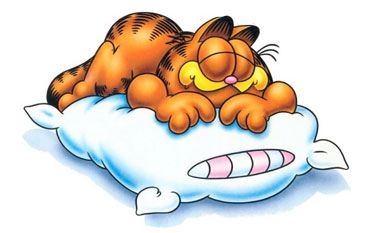 It’s funny, to be writing a positive post about sleep. This blog started as a sort of journal or place for me to get my feelings out in the midst of what was the hardest part of my parenting journey so far, when we were all so sleep deprived, our marriage was struggling, I was on the verge of a setback in my fight with anxiety and depression, and I needed to just be able to get things out of my head before I imploded.

To be able to say “we are getting some sleep, I don’t anticipate bedtime and night-time with fear and anxiety” is a huge thing. There was a long stretch of time where the whole thought of going to bed, and trying to get any sleep, was something I was scared of, and angry about, to be blunt. I would say that on average, from when Little Man stopped sleeping, due to the issues that took over three years to get a diagnosis for, I was probably getting, on a good night, 3 hours of broken sleep, if I was lucky, and on a bad night, being woken hourly. LSH probably got a little bit more than that, but not much. If you think we were tired, that’s probably a bit of an understatement. We have had some real moments, torn between adoration of the wonderful little boy, who came into our lives, and frustration as to why he wouldn’t sleep, despite all the help, advice and things we tried to put in place. Until you have reached a point of sleep deprivation where it takes over your life, you don’t know how it feels. I have worked with (and am currently working with) some families who have been there, with their children. It’s horrible.

Thankfully for us, a relatively simple operation solved a lot of Little Man’s issues, and although a year on, life is not “perfect” (because parenting never is, it’s always a learning curve) we can say that after a few ups, a few more downs, a few experiments in what works for our family, versus what the experts say, and we are ACTUALLY getting sleep. My beautiful little boy, light of my life, who used to wake screaming, sometimes once an hour, or who would wake up for long stretches of time, at night, and not want to go back to sleep, or who would only sleep upright, on my lap, clinging on, sucking his beloved dummy furiously, now goes to sleep and sleeps for the amount of time he should, for a child his age. We have the odd bad night, or nights where sleep isn’t so good, which are in line with normal, when compared to his peers, but it feels good to be normal, and average.

Yes, at the moment, he is sleeping on his mattress on the floor in our room. He has decided that, that is where he needs to be, and after almost four years of not going with our instincts, we have decided that we are doing what works for us, and that getting good sleep is the priority. The lack of privacy is little to deal with, compared with what we have been through. He sleeps, he is benefiting from good sleep, and his needs are being met. I am pretty sure he won’t be there when he’s a teenager. At some point he will want his own space. We are going with it, for now.

Sleep, that mystery thing that most parents seek. No one tells you how tired being  a parent can make you. If someone had told me, before I had children, that I would reach a point where I was so worn down by lack of sleep and caring for a baby, then a toddler with high needs, whilst trying to run a home, look after his sister, be a wife and work, I would have laughed. I have worked night shifts, I have been through periods of time where sleep has been lacking, but nothing prepares you for the onslaught of continued sleep issues and the effect it has on your mind and body, and those around you.

So, I get into bed at night, and I close my eyes, and I don’t dread what the night will bring. I know things can change, we watch him carefully for issues relating to his ears, or his sensitive nature, that might trigger a return to the sleep issues, but so far, so good. This house is feeling calmer, happier and it’s a good feeling…Something I honestly thought we would never be able to say, again.

Want to know what I am talking about? You can read about our sleep issues…

If sleep is for the weak, I am weak!

And about the solution, such a simple one, after nearly 3 years of issues.

What is a grommet?