You recently launched an app, called Radar, that was met with much apprehension, by many, many people in the mental health community, mostly those who struggle with mental health issues, on a daily basis.
You claimed that your app would raise awareness and mean that when someone posted on something on Twitter, that had certain words, in the tweet, it would ping your radar (I am talking in very non technical terms) and would be noticed. Not only that, but you were encouraging people who follow others on Twitter, who might have concerns about those they follow, to sign up, to be notified, when certain words or phrases were mentioned. They would then be told what to do next…. 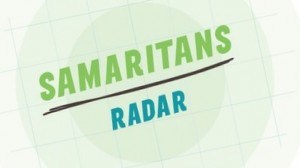 Those words or phrases were related to suicide suicidal feelings. If a person mentioned that perhaps they felt that they were struggling so much, that they might take their own life, or felt that way, at least then anyone who follows them, and who had signed up could then be notified.
All very lovely, apparently. In theory, people who might take their life, or attempt it, could be helped. I have great faith in the power of social media, myself, and have had a lot of love and support from strangers in various places, in my own mental health struggle, and perhaps, it might have saved a life or two, or got someone help who needed it, but in reality, it scared a lot of people.
I am one of those people. I was scared, when I read what you wanted to use app for. I have, and still do, battle with mental health issues. I am in therapy, and am doing well, but the past, I had thoughts about taking my own life, and that the world would better off without me, I have also struggled with an eating disorder, post natal depression and anxiety, and more recently, generalised anxiety.
I use social media, to talk to people, to say things I wouldn’t normally say in real life, because I am actually a very private person. An introvert. It took a lot of courage to admit to my own friends and family how I was feeling, but people on social media, who actually didn’t know me in real life, already knew. I used social media, as a tool, when I was feeling low, having a hideous day, or just feeling worthless and overwhelmed, to keep me going. Many people reached out to me, and held my hand (metaphorically speaking) and propped me up,  supported me, loved me, and made me feel like I wasn’t alone. I often say that social media helped to save me, along with love and support from many “real” people in my life.

When you create something like your app, you not only take away the freedom of speech that people like me, struggling with mental health issues, have, but you also place a terrible burden on the people that follow me. Whilst I know many people love and care for me, and I have developed some really good friendships on social media, I DO NOT expect them to be responsible for me. I don’t expect someone to feel they have to watch me, to keep tabs on my Tweets or posts and be informed if I might say something that was a cause for concern. I have a therapist, and people who hold me accountable in my real life, who know me, and what to look for, and reach out to me, if they think I am struggling, but I DO NOT need this on social media. What happens if someone does sign up for this service and they are notified that someone they follow is using words or phrases that might indicate they are suicidal? Does that person HAVE to do something? Are they legally or morally obliged to call the police, the ambulance, or find a way to contact that person. Are they responsible for talking that person out of how they are feeling or how they might act? Who draws the line? Who is accountable? What pressure does this put on people. Also, who uses the information you gather? Is it protected or shared with anyone?

Today, I read that you had withdrawn the app, because too many people were not happy with it. I read your “apology” and it seemed pretty trite and patronising. You don’t seem to have got the message, that people with mental health issues do not want to be watched, monitored and followed on social media, and reported. We have enough of that, in real life. Twitter is our free space.

I volunteered for the Samaritans many years ago, and my job was to be on the end of the phone, when someone called, and listen. Our mandate was not to intervene, judge or report, and we did nothing but listen and support, unless someone specifically wanted us to call for help (rare) and that is what you are suppose to do. You are not supposed to make people feel spied on, intruded on, and you certainly are not supposed to place the burden of my feelings and issues on people who are not qualified or able to deal with them. This kind of thing does not save lives or make people more aware of what is happening in other

Things like this will simply make people hide away, and take us back years in terms of communication and openness, and take away our ability to share. It is neither fair on us, or responsible.

I for one, am glad you have removed this scheme, and I hope you truly are more sorry than your apology actually seems and I hope you leave this alone now. You are there to listen. Not interfere. Perhaps the money you spent on this, could have been better spent on other areas of mental health awareness, perhaps you need to be concentrating on better support for those of us struggling with mental health issues, as the government cuts funding, left right and centre to vital services and not trying to dump the responsibility onto social media and people who don’t want to be checked on and in your “radar”. Perhaps next time you decide to try something like this, consulting more of the actual people you think it might help, would be a useful thing, to see if people actual want it. I for one, do not, and never will, and MANY people feel the same.

Posted in Everything else and tagged mental-health, Samaritans, social media, Suicide Awareness, Twitter.