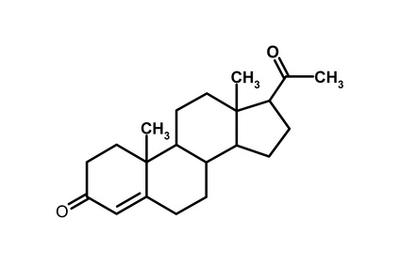 Can you tell me what this is?

If you guessed progesterone, then you would be right. This, is something that my body fails to produce enough of.

My body has never quite got the hang of the hormone thing, or at least getting the right balance of hormones. I had no idea how much of an issue it was, until we decided to start trying for a baby. I actually started paying attention to my cycle, instead of randomly being surprised by it, and rapidly realised something wasn’t right.

Long story short, blog post for another day, as to how we got pregnant with Big Girl, but suffice to say, after 3 miscarriages and what seemed to be a very “whacky” cycle, blood tests, various investigations, it was decided that my body doesn’t produce enough progesterone to help me “stay pregnant” at that point in conception when it is most needed and I tend to run on very short cycles too. I had progesterone injections (in my bum, not an experience I would recommend) to help me stay pregnant with her, and with Little Man until I was past what was considered the “danger zone” and my body was able to do what it was supposed to do. I am very grateful for my two beautiful children. The shots in my bum were worth it.

Lack of progesterone causes other issues, which I won’t go into hear, but lets just say it’s not fun when your hormones are not cooperating. For a while after Little Man was born, things seemed to be almost normal, and I had hoped not to go down the progesterone route again. My doctor has said that I am more likely to enter menopause earlier, (yay, thanks hormones) and after some recent blood tests, it would seem that my body is up to it’s old tricks and that pesky hormone is lacking again.

It could be just the normal lack of progesterone, or it could be my body has decided that enough is enough, and Menopause here I come…At this point, other hormone levels are relatively normal, so my doctor (and I) are not too worried.

However, he now wants me to start taking a low dose of progesterone, to see if we can rebalance things, and ease some symptoms I am struggling with (no TMI, don’t worry!) and also because we would like to add a third baby to the Mad House (because the cats need to be kept on their toes) it makes sense to see if we can get things to a more normal level.

So, we are back on the hormone roller-coaster We will see if it works. It feels a bit odd, to be back on this ride, because it may or may not result in a baby, or at the very least put off menopause for a few years. At 38, it’s a bit of a weird thing to think one or the other is an option…

Posted in Everything else and tagged fertility issues, low progesterone, miscarriage, Pregnancy, progesterone.