So, this week, it seems that the world has woken up to the fact that Bebo, the social network that exsited before Facebook, but then vanished in obscurity after being sold, is back. Yay, I hear you all say, just what we need, another social network…

In reality, I wouldn’t really care, because, frankly I have enough to manage with the social media I already use, but when another blogger I know, Emma, from Crazy with Twins posted a remark on her Facebook page, I had to go and look, and see what was going on.

Bebo, it seems has revamped itself. To quote it’s re creators (who are the couple who originally owned it, then sold it, then bought it back)

‘A lot of casual conversation is about banter – so we came up with the idea based around that.’

When users first sign up, they create their own avatars which are their ‘face’ on the network.

Using hashtags, they can be made to change their expression, for instance.

Other hashtags can show a map, play music or even launch games on the site.

‘Michael decided to use hashtags, to allow people to make their character do things – you can slap friends, or even play a game, or send a song,’

All harmless enough, you would think.

But, Bebo, in their apparent wisdom, have forgotten a few things, that have now got parents of children who of an age to access it’s app, and other social media sites, slightly on edge. 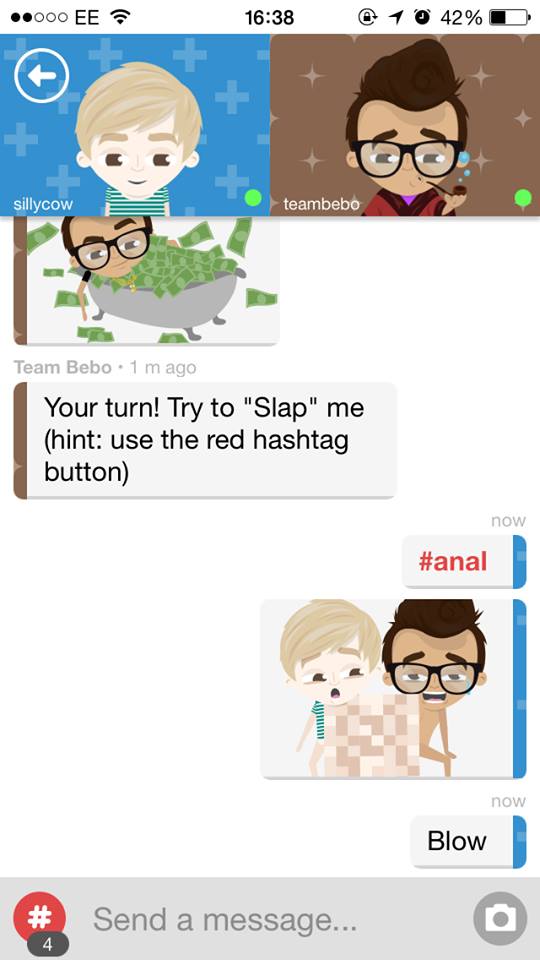 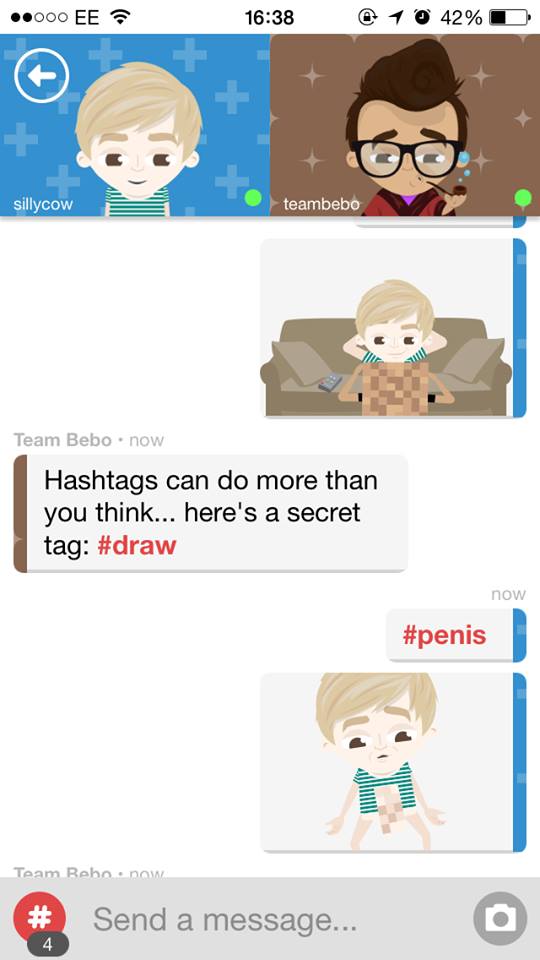 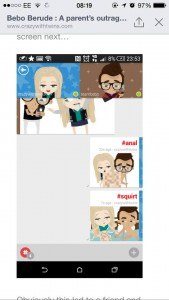 I actually had a Twitter conversation with the artist who created the avatars for Bebo. Bebo itself is referring to her in it’s Tweets and sending people her way, to ask her questions so it wasn’t hard for me to track her down.

Her responses were horrifying and she seemed to find the fact that children, under age, could access explicit material, on a social network site. When I asked her about the fact that there was unlimited and unrestricted access to explicit material her responses varied from “well, it’s nothing they can’t find on other social media” to “it isn’t anything they don’t know already, if they are looking for it” “they can’t stay sheltered forever” and when I mentioned that as a parent I found her flippancy and lack of concern at the issues I raised I was told “well, I understand parental concern, I have a cat…” and she apparently seemed to find the whole thing amusing. Bebo however, have gone quiet and not responded to either my Tweets or Tweets from other users expressing the same concerns. 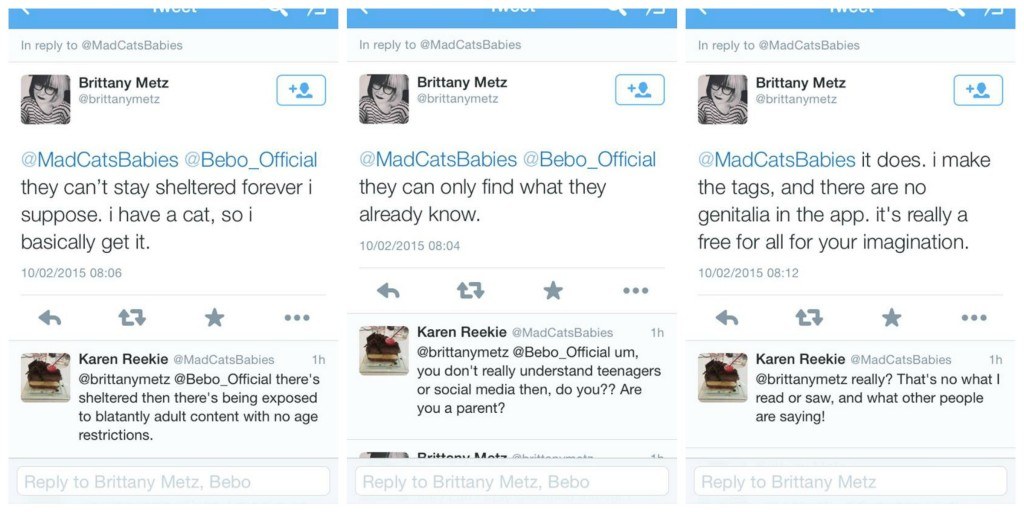 In reality, this is an adult app that Bebo has admitted will attract teenagers and younger, because of the cartoon style and fast pace, and ease of use. I have no issue with adults doing whatever they want, with their social media. I am not a prude, by any stretch of the imagination, but the fact that children, younger possibly, than 13 (which is the age you are technically allowed to sign on for Facebook and other social media sites) can access this, and in fact, it concerns me that anyone under 18 can access this site so easily, with no restrictions. I signed up and used the app, with very little effort, there are no ways to stop anyone sending you any message they like and the settings are incredibly basic, with little or no privacy settings.

However, what astonished me was the response when I asked why they had no restrictions in place, due to the fact that there is no lower age limit to access the app and the response was “we are a small team, we are working on that, this has all been taken out of context, it’s just a bit of fun….”

Um, Bebo, have you learned no lessons from what other social media sites and apps have experienced? Do you not understand the risks and dangers the internet poses to children and how easily they can access things that are totally inappropriate for their age. Not only that but what and who they could be exposed to. Parents and organisations are fighting hard to make sure our children understand the dangers of the internet and social media , and to use it safely and be careful and in one fell swoop you come in with an app that basically ignores all of that, and then claim “you are working on it”. Surely restrictions or at least some way of preventing access to under-age children would have been a sensible idea from the start, not as an afterthought, after angry parents express their concerns?

Posted in Everything else and tagged bebo, internet safety, parental control, underage internet use.