I think guilt is something that comes when you become a parent. Dealing with the “why I am doing this?” “What did I do wrong?” “Should I or could I have done this differently” and “other people seem to manage or do this better, why can’t I?” are things I hear other parents say, when they feel the pressure and guilt over parenting issues. I am currently struggling with feeling incredibly guilty, myself so wanted to share. 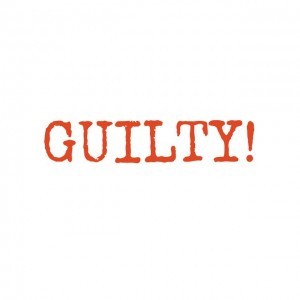 As you know if you have read this blog, or followed us, my gorgeous little boy has had some issues with his ears that meant sleep and behaviour were  huge challenge until we figured out what was wrong and took steps to help him. He was, last year, diagnosed with a mild Audiotry Sensory Processing Disorder, by the people who work with us and him, post his grommet surgery. This means he struggles to deal with a lot of things that the rest of the world copes with easily. In a way I hate the diagnosis, because it’s a label, but in a way, it’s done us and him a huge favour, because it means I can now say “stop judging my parenting or my child, he actually can’t help what is going on in his busy little brain” and we can also be armed with things that help him to cope and manage so he can enjoy life.

However, that doesn’t stop me feeling guilty.

Because, you see, deep down inside of me, there is something that says that IF I had fought harder, when he was a toddler, and at a routine check up, at 18 months, I had pushed harder hard when I was fobbed off at the concerbes I raised about his sleeping and behaviours (screaming in certain situations, not coping with crowds or busy places, speech issues) and if I had insisted that something wasn’t right, and told them I wanted to be taken more seriously instead of just accepting “he’s just a bit high maintenance, he will grow out of it, you need to be tougher on him, and stop babying him” yes, I was told this by a health care professional, who now, I know, had no clue what they were talking about, but I listened to against my better judgment, then we wouldn’t be where we are now. If he had had his operation sooner, if we had got him therapy sooner, and removed the pain, and helped him, then we would have got him to a place where he could cope with life better, and he wouldn’t have the issues he has now. I have been told by his therapist that his SPD is a result of the ear issues. He may eventually grow out of it, and not have to struggle, or he may, in some ways, have to manage things for the rest of his life. That KILLS me. I feel that because I didn’t go with my gut, I have let my beautiful boy down. I feel like it is my fault, and I feel guilty.

I know all the things people will tell me to stop myself feeling guilty.

“You didn’t know, you were doing what qualified health professionals were telling you, they didn’t think he had a problem, so you couldn’t have known”

“He wasn’t showing the recognised signs of chronic ear infections, you couldn’t have known that was the problem”

“You were doing your best, you didn’t know what was going on”

“You are helping him now, and you are a good mum, he is lucky to have you fighting for him”

I KNOW all of these things. I know that as parents, we do our best with the situations we are in, and sometimes we make mistakes, in our lives and in parenting. I know that every parent has regrets and wishes they could have done things better, with certain things. The logical side of me knows this.

The emotional side of me feels broken that I let my son down. Whilst I was so busy trying to get him to sleep so I could sleep, because frankly I was exhausted. Whilst I sent him to childcare, becauase he couldn’t handle coming to the groups I run, for work. Whilst I cried and complained to friends and family, whilst I wrote blog posts, whilst I sobbed to my husband that I couldn’t face another baby because my toddle was such a nightmare to handle. Whilst I watched other families live normal, when we were so tired our marriage was falling apart… My little boy needed help and I didn’t get it to him sooner. It still hurts, the memeory of walking into the ENT office, and him saying, after a simple convertaion, what we needed to do to help our son, and knowing that it could have been done so much sooner. That takes my breath away and still makes me cry.

I hope these feelings will fade. I hope that he will grow out of his SPD issues, and that in a few years we can look back on this and smile and know that the trials and the tough times made us stronger and better parents, and that we worked hard to help him.  I hope that one day, he won’t have to  come to me and say “mum, why am I like this, and why didn’t you fix it sooner?”

The thought of that lays heavy on my heart. I feel guilty. I wish I didn;t have reason to, but I do.