I’m proud. Proud of my 8 year old. To be fair, I’m generally always proud of her, to me, she’s pretty amazing, but last weekend she once again reminded me again why…

She and I walked/jogged 5km for Race For Life. We decided months ago that we wanted to do a race, and when I saw that there was one scheduled for the same day as my birthday, I thought it would be a fun, worthwhile way to spend the day. Sounds a bit mad, but I felt a bit down about turning 39, so diverting attention from that struck me as a good plan.

We didn’t do as much training as we wanted to, but given that she does a fair bit of exercise in the week, with swimming, netball, ballet and walking everywhere, and that I average 7-10km a day on my feet according to my fitness tracker, we figured we would at least be able to walk it easily.

Epsom Downs is not a flat, easy course to run or walk 5km. I’ve done 5km/10km runs elsewhere, and when I actually saw the course, I was a bit worried that we would make it round (and selfishly, that my knee would make it)

But, we did. She and I share lots of characteristics, two of them being stubbornness and determination (LSH will tell you there are good and bad points to this) and these helped us to get round the course and keep each other going.

We chatted, we laughed, we moaned a bit together, when we hit the rather tough, gravel hill at about 3km in. She fell once, but got right back up again and carried on. She didn’t moan or complain, and other than asking to stop to have a drink, a couple of times, she pretty much marched the course like it was something she does regularly. I actually was struggling at one point, my knee was quite sore, but when I looked at her, I knew I had to keep going. 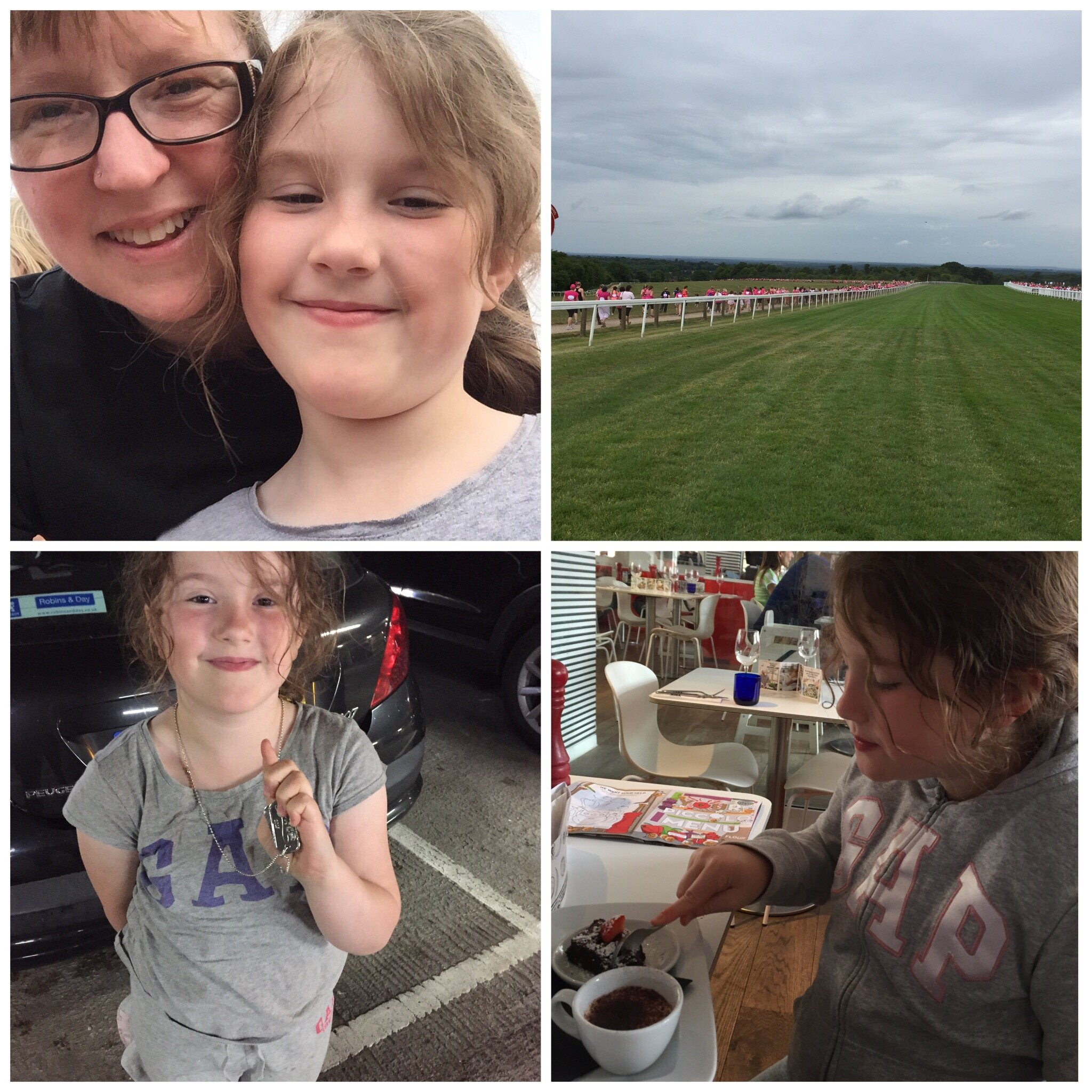 My girl, she rocks. It was a privilege to do the race with her, and to see her get her medal at the end, and to share that with her. We made it round in 53 minutes and we raised £255 for Cancer Research, and apparently she thinks we should attempt the 10km next year. We shall see about that 😉

Posted in Family Life and Parenting and tagged Race For Life.