Even if, in most other areas of life, you are as modern as they come – there is a certain charm about an older home.

A home that has been lived in for decades; perhaps even centuries. A home that has seen all the good and the bad of the human condition, gone through the ups and downs with its owners, memories infused on every wall. Will it ever be as pristine, almost clinical, as the modern houses that are built nowadays? Of course not.

But will those modern houses ever be quite so charming as a house that has stood the test of time and strife, and is still standing?

Perhaps the above is a tad over-romantic. Some reading this might be staring at the screen in confusion, wondering where such a notion would come from. “But – but modern houses are easier,” you will – correctly – mutter.

Some of you – perhaps even you! – will understand the appeal of a house that’s been standing for as long as anyone in your immediate family has been alive. It’s almost akin to taking your place in history, the latest in a long line of families to have made the four walls feel like a home.

Of Course… There’s A Catch

There always is one. Which, frankly, seems a little bit unfair. Why can’t things just be consistently nice?

While there are many benefits of an older, lived-in house, there are the inevitable problems they tend to bring with them. The older a house is, the more likely it is to have issues. These are most likely found in structural deficits but – as we shall see – they can impact a lot more than that.

So Should Old Houses Be Avoided?

Of course not! All of the appeals of an older home are still there. This is not an attempt to dissuade and push the idea towards more modern homes – it’s a matter of awareness.

If you want a house you can move into and live in with no further work done until you decide to redecorate in a few years’ time, then a modern home likely is the more viable option for you. There is work, awareness, knowledge and – inevitably – money needed to bring somewhere from the past into the present.

This might be a challenge you can relish. It’s also an incredibly rewarding one, as you see a pay-off for all your time and financial investment as you preserve something old into something fresh and wonderful. But even so – you still have to be aware of what you might be getting into.

The points mentioned below are by no means exhaustive. Remember, the same rules apply when purchasing any home:

Always get the house assessed by a qualified structural engineer.

If you’re going to want to do extension renovations, obtain quotes and get an idea of what will be required financially before you purchase. There’s no point guessing what something will cost and then realizing that you’ve underestimated to the point it no longer becomes feasible to do the work.

Below are some of the issues that you might face, so you can plan for them and assure if you do purchase an older home, you’re going into it with your eyes wide open.

Electrics – They Ain’t What They Use To Be

We may love the look of retro, antique electrical fixtures and fittings. They have an old-timey quality that manages to be attractive enough to keep them in modern trends. However, the electricity that powered the original versions of such lights… well, it wasn’t the best.

At the very least, you should expect to need to have all of the wiring verified as being safe by a qualified electrician. This isn’t just a case of calling the first name you find on Google either; you need someone with experience in dealing with older homes, so they can identify issues.

The worst case scenario is that you’re going to be landed with a bill to rewire the entire house. You can save money on this by doing some of the wire-laying yourself, threading the cables through floorboards and between plaster on the walls. However, you should never attempt to connect the cables to the mains yourself – do the hard graft and hand it over to an electrician to finish.

In 2017, the dangers of asbestos and lead are well-known and established. You might think that this should be identified on any housing report, but you’d be surprised how easy they both are to miss. If you do notice any of the signs of asbestos then you should take action, but unfortunately, it’s often possible for everyone to miss them.

Your only option is to call in an expert in asbestos removal and have them look at the house – don’t rely on a standard structural inspection from a non-expert. The same goes for lead, though that’s a little easier to identify with inspection and sampling of the water.

If either of this now-known-to-be hazardous materials is found, you’re going to need to replace them as a matter of course. Make sure you have room in your budget for this; it’s not a cheap job, but it’s also not an optional job. The health risks of coexisting with these compounds are simply too severe to ignore.

Pests – Critters Have Lived There Longer Than You

You own the deeds to the house, so you should be the occupant. You move in, and then you find an entire family – an entire ecosystem and colony – have already got there before you. And they are not leaving without a fight.

Pest problems are more likely in older houses for several reasons. The house might have been in a poor state of repair before you bought it, so proper pest control was not being practiced. Furthermore, it’s simply a matter of time – they’ve had a long time to settle in and survive through the decades.

It could be a wasp nest in the eaves of the attic, termites, flies, or all manner of other creatures who will ruin your life even to contemplate them. If you see any signs, then your first step has to be to call in a local pest control to get rid of the problem. It’s not advisable to try the “at home” remedies when you have an infestation for the simple reason that they just don’t work (despite claims to the contrary). It can be tempting to think it’s a problem you can handle yourself for a fraction of the price, but… you can’t. Not if you want to be sure the problem has gone, and gone for good. 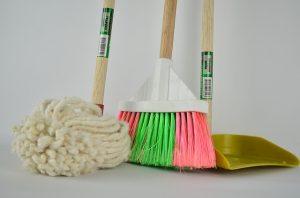 When you move into any new home, most of us take the time to clean it. After all, no one wants to be dealing with shower drains full of someone else’s hair and walls covered in another person’s fingerprints. So we clean, and then we settle in, eventually establishing our own cleaning routine.

It’s more than a matter of an afternoon with a mop and bucket with an older house, however. You might be having to fight through years of grime, which means it’s more likely to take a couple of weeks to bring things up to your standards. That’s manageable if you can do this deep cleaning prior to moving in, but the intricacies of house sales might not make that possible – and in the meantime, you’re going to have to cope with it.

In exchange for the house of your dreams, that might be worth it. Focus on the most immediate areas – the kitchen, bathroom, and bedroom – but be aware it’s just the start of a long slog. Over the initial weeks in the house, you’re going to have to be ready to –

As mentioned – of course, this is not an exhaustive list. It may seem that for every potential benefit of a house with history, there’s a contradiction that makes it sound like a living nightmare. However, if you have the tenacity, then it can be incredibly satisfying turning an old house into a new sanctuary for your family. So long as you know what to expect, there’s no reason you won’t be able to sail through the process and have the home you have dreamed of before long.

Whichever house you decide to buy, make sure to hire a reputable moving company to help with your move. Make sure to check  online reviews before booking anything. 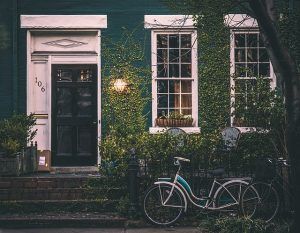 Please do not copy my work, or use my photos. Thanks © 2017 karen reekieAll Rights Reserved
Posted in Everything else.

We have had a not too bad week. Some things that have made me smile this week from new babies, food, my teenager and DIY. What’s made you happy this week?

Apparently today is #loveyourpetday
@LaylaReekie is our miracle kitty. Find out why she’s special and why we love her rather a lot...

Quick and easy mushroom risotto that even my non mushroom fan husband asks me to make again... it’s #vegetarian and #dairyfree too.

Haven't done a #ff for a long time. Today it's going to be #friendshipfriday Go take a look at these lovely people and remember to be kind. @Tattooed_Mummy @AChVoice @HooksandDragons @LauraSummers @catskidschaos @chickenruby @ARoseTintdWorld

Apparently today is #loveyourpetday
@LaylaReekie is our miracle kitty. Find out why she’s special and why we love her rather a lot...