If you’ve been struggling with respiratory complaints, from a persistent cough to asthma troubles, it’s likely that your health issues are the result of the constantly increasing air pollution levels in the UK. In fact, in 2014 the pollution was as significant, if not worse, than the Great Smog of 1952. In fact, the urban air dome effect has generated peaks in air pollution throughout the past few years in most large urban areas across the UK. However, it’s worth noticing that the pollutants are not all British-made, some such as sand dust come from as far as the Sahara Desert. It is therefore fair to ask what the next steps to tackle air pollution in the UK are going to be.

Most of the outdoor air pollution can be directly linked to the emission of the vehicle driving habits in urban areas. Commuters who drive a car to work are in fact responsible for most of the car-related pollution peaks in the country. The main proposed solution to improve the pollution levels is to transform the commuting habits of employees. Local employees could switch to riding a bike to work, as according to a study the current amount of pollutants in the urban air is not sufficient to prove detrimental to the health of cyclists. In other words, the health benefits of active travel outweigh the risk from pollution, even in London. But that’s not the only advantage of cycling to work. For each commuter who chooses the bike over the car, harmful emissions can be gradually reduced. The UK is still far from the Netherlands’ record of having more bikes than cars per town, but it’s an inspiring challenge to equal. 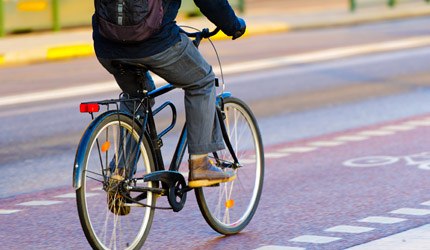 As surprising as it might seem, air pollution is not an outdoor-only problem. More and more individuals exhibit health troubles as a result of the poor indoor air quality at work and home. There is one major guilty part of this phenomenon, namely lack of air ventilation. Thankfully, it’s an issue that can be easily tackled through manual air circulation – aka, by opening the windows at least one hour daily – and via the installation of a quality fan – TD Silent fans are recommended in small homes for their quiet features. Additionally, adding indoor plants can help to purify the air from harmful toxins.

Most world countries, including the UK, have agreed to switch the consumption of petrol-fueled cars to electric vehicles by 2040. While it is currently not profitable for most commuters to buy an e-car due to their high price and the lack of charging stations on certain routes, in the long term, the population needs to get ready for the prospect of petrol-cars becoming the exception on the road. There are also talks of building self-sufficient charging stations that can re-purpose used oil as part of their energetic generation. In other words, the future might be eco-friendly cars with green charging stations.

Is the UK ready for a green future? It’s a question that needs to be addressed by employers, employees, public transport companies and car manufacturers together.