Or at least we hope, we have worked out why Small Boy may not be sleeping so well. I am kicking myself, and feel very guilty, that I should have worked it out sooner, but now we know, and hopefully we can work our way to a solution. 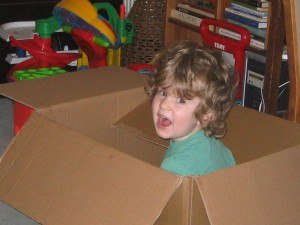 At Christmas time, Small Boy got flu, and was unwell, for a few days, then started to recover, slowly, but then became ill again, with very high temperatures, (I don’t normally worry about fevers,  we treat them, and I don’t rush off to the doctors unless I cannot deal with symptoms or they last more than few days, but this time his fevers were sitting at 40 C (104F) and he was miserable, and I suspected he had a chest infection and or an ear infection. We trotted off to our walk in clinic and after waiting for a loooong time (in which I cleaned everything in sight with antibacterial wipes, and  got stroppy with a gentleman clutching a sick bowl, making horrible noises, who kept offering my children sweets) we saw a lovely doctor, who took one look at Small Boy, agreed on my diagnosis, and prescribed medications and within a few days, he was on the mend properly and almost back to his normal self.

He has had one or two ear infections before, probably, if I were to count, 4 in total, since he was about 9 months old (you can see where I am going, with this, can’t you?) and it has been in the back of my mind, that maybe his ears were an issue, that could be contributing to the sleep problems, but when I saw our Health Visitor in October, for the 2.5 year health check where they got his weight and height wrong, she dismissed my fears and told me he would have had more frequent infections, and she did check his ears, which were at that time clear, so I put it to the back of my mind, but it was still there. After the episode at Christmas time, though, I did start to feel that something wasn’t right, and Small Boy has started complaining of having  a “buzzy bee” in his ear, particularly on the right side, and I have noticed that sometimes when I talk to him, if he isn’t facing me, or we are in a noisy environment, he doesn’t respond so well from the right side.  Two weeks ago, I decided to go with my gut, and rang our GP practice. I know the Practice Nurse, from when I worked as a student nurse, and did some work in the community with her, so I spoke to her, and explained my thoughts. She was lovely, and agreed we needed to have him looked at, and booked me to see a doctor. We saw the doctor yesterday,  and actually, again, my suspicions were confirmed, not only does he currently have an ear infection, but she thinks he has had chronic, mild infections for “some” time, and his right ear, particularly is a problem. We have had a week of awful sleep, and I had a feeling he was brewing another ear infection, so I was very pleased when she confirmed it, and relived to hear that it was clearing up, and she didn’t think he currently needs antibiotics.

We go back in two weeks, to see if his ear has cleared up, and then we move on to a referral to an Ear, Nose and Throat Specialist, to have Small Boy’s ears and adenoids looked at, some more tests, and the strong possibility of needing grommets inserted.

The doctor explained that his sleep cycle of 2-3 weeks of reasonable or even good sleep, broken up by 10 days of hideous nights, was typical of mild, chronic ear issues, and that this is highly likely to be why he has not been sleeping so well. I have cried some serious tears, since we got home from the appointment, I feel like I SHOULD have known, and that I should have pushed harder in October, and gone with my gut. My poor little man has been in pain, and uncomfortable, and not able to sleep and we could have dealt with it sooner, if we had known.

We don’t know if he will ever be an amazing sleeper, but we want desperately to work out this issue for him. If we can get his ears cleared up, then hopefully we are in with a fighting chance. Not only do we all need the sleep, and he needs to be pain-free,  but his speech, hearing and behaviour can and will be affected by chronic ear issues, and I am keen to get it dealt with as soon as possible, before he starts Nursery in September of this year.

I have gone from guilt, to elation, back to guilt again, in the past 24 hours, I am relieved we may have hopefully found a way out, worried that he has some permanent damage to his ears, thinking about possible anaesthetic and surgery (which, to be honest I am not that concerned about, I worked for 18 months in ENT surgery at Great Ormond Street Hospital, and assisted on plenty of grommet insertion procedures in my time, I think that is the thing worrying me least) and hoping we have finally found the light at the end of the tunnel. I feel so sad, that it has taken the better part of two years to work this out, but we can’t change that, so we are moving on, and looking forward to a healthier, better sleeping Small Boy.

I would say, though, that if something doesn’t feel right, as a parent, with a child, and your gut is telling you to act on something, it is usually right. I know this, from working with so many parents and families, that usually parents KNOW when something isn’t right. I won’t be allowing myself to be fobbed off again, when it comes to my children and their health, and I won’t doubt my own confidence as a mother, that I know my child, and that I need to push sometimes to get answers. Lesson learned, the hard way!