Welcome to my Friday’s Rants from the Soap Box in my Living Room. A small space in the week where I can have a chunter about things that have made me twitch with annoyance or made me question if the world has gone mad or not….

So, the Mad House of Cats & Babies is FINALLY going on a proper holiday, although we are still waiting for our passports to come back, from the application process, as it seems they have got caught up in the current passport shambles, chaos and mismanagement at HM Passport Office.

We had NO idea that when we sent off my passports and the children’s passports, that there was chaos and a back log. It would seem that some organisations had pointed out the chaos to the government months and months ago, and warned of a backlog, but as usual, the powers that be have had their heads in the sand, and been in denial. In fact, only 3 days ago, senior MP’s were flatly denying there were any problems with the passport application process and that there was no enormous backlog, that people hadn’t been waiting WEEKS to get passports returned after applying and that the system wasn’t in chaos! 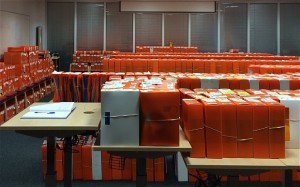 I am looking at this photo, and cringing. When we did our applications there was absolutely nothing on the website to say there was a problem, and we are still well within the 3-6 week period they say on their information and guideline page, but now I am freaking out that not only will we have to try and track down our application, but trek up to London and pay for the Fast Track service, on top of our already paid application. I know they are saying that “urgent” cases can apply and get this done for free, but I somehow doubt “The Mad House of Cats & Babies residents are in desperate need a holiday, and we sent off our applications not knowing your system was in chaos” will count as an urgent request.

So, we wait, and we hope they come back. We did the application on-line, so I am hoping they will process that quicker, but then pigs might fly.

Yet another fine mess, you have got us into dear government? Let’s hope Theresa May, the Home Secretary, in charge of this shambolic lot,  can look suitably scary (well, she did have a bust up with Mr Gove, she clearly has got some gumption) and rouse some action at HM Passport Offices and the backlog gets cleared. There will be a lot of unhappy taxpaying families hot footing it to vote elsewhere if they have to cancel their holidays or fork out more money for express passport services, and millions of pounds in business money lost, not to mention inconvenience and probably a hit to the tourist/travel industry.

Of course the backlash, finger pointing, accusations, and back stabbing that is now happening, will be another matter. I think if this government, and the people who run this country actually spent time trying to run it, instead of trying to blame everyone and anyone else for the mess or closing down departments, left right and centre, in the name of saving money, but then expecting hard pressed civil servants to manage with less staff, and resources, we might get somewhere, but then that’s even more wishful thinking than hoping my passports come back in time…

(If I have to smuggle myself into France on the bottom of our car, sans passport, I will! Ok, so I won’t, we will be paying for the fast track service, but I will not be happy. Let’s hope we don’t have to  😉 )

That’s my little chunter for today. Have a good weekend.