Apologies, this is guaranteed to make you itch post, but hopefully it will be helpful. 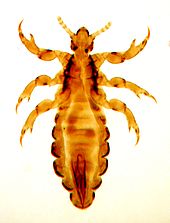 I was asked by Lyclear if I would like to host a post, with some facts and also some myth debunking about those dreaded beasties all parents loathe. I personally am not phased by head lice, having dealt with them, on and off in my various jobs and roles for the past 18 years, and actually they are quite clever. Did you know they can swim and hold their breath, which is why just plain washing won’t shift them.

So, without further ado, some very interesting and helpful information about head-lice, hopefully clearing up a few old wives tales. Lyclear have a wealth of information and products on their site, as well.

Blasting the Myths of Head Lice

Dealing with head lice is never easy. Without the right treatment, they’re notoriously difficult to get rid of and, if you’re a parent, hours can be spent worrying about how you can prevent your child from catching them which, with hours a day being spent at school, is probably a battle that’s already been lost. Often, conflicting myths and rumours go flying around which often leave you baffled as to when treatment is necessary and what treatment is best to use. Here’s our guide to help you try and debunk some of those myths and hopefully in the process those pesky head lice.

Head lice can be spread through hairbrushes, clothes and other items

After hearing that your child’s best friend recently caught head lice and they’ve since been out together on a sleepover where they combed each other’s hair or even borrowed a pair of their pyjamas to sleep in, you probably cringed thinking that your child was now infested with the lovely creatures now too. Well you might be in luck. Head lice, contrary to popular belief, don’t like to live in these kinds of items. If a head louse made a home in a hat for example, he’d be away from his precious food source and wouldn’t live for very long. It’d be like leaving you on a desert island for a week with no coconut trees for saviour.

Head lice can jump from head to head

Ok so head lice may well be small, blood sucking and annoying but they’re not to be confused with fleas. Where a flea can jump over 200 times its own body length, head lice can’t jump at all due to the fact that they don’t even have any knees. They manage to pass from head to head in fact, by crawling, or even swinging, from hair stand to hair stand. So where at first you may have thought that ‘carpet time’ at school was the thing of nightmares, it’s probably that hug goodbye at the end of the day that’s doing the damage.

Girls are more likely to catch head lice than boys

Where this myth may be true in some respects, the only reason for this is hair length. ‘Head lice are more likely to come into contact with long hair than short hair’1. So if your son prefers the rocker look and your little girl has decided to go for a cute pixie crop, the chances are the rules of this myth are to be reversed.

Only kids get head lice

Unfortunately, head lice aren’t fussy when it comes to age. Where children may cry and shout about the little blighters they’ve discovered crawling around their hair, the chances are, if someone over the age of 12 finds they have head lice, they’re probably going to keep quiet about it. If anything, parents are more likely to contract head lice over anyone else after the hugs and kisses that take place once the kids get home from school.

Fans of Fort Boyard may remember presenter Melinda Messenger revealing a change from her long blonde locks to a much shorter cut during her time on the show. Melinda in fact admitted (on Celebrity Big Brother) that she chose to cut her hair after catching head lice from her children. Melinda wasn’t afraid to share her story and in the process she helped to debunk this myth.

Again, in the case of clean or dirty hair, head lice aren’t fussy. This myth probably came about to help those with head lice feel better about the situation, allowing them to find comfort in knowing that at least they had nice washed and preened hair. This doesn’t mean to say however, that if people have head lice, they’re lying about how clean their hair is. It may well be perfectly clean but even if someone hasn’t washed their hair in weeks, head lice are happy to make a home there. To be honest, they don’t tend to distinguish. Either way, having head lice is in no way an indication of poor or good hygiene. Head lice are happy to live on any human no matter how clean their hair is2. They probably wouldn’t be happy living on a head that’s been covered in head lice shampoo though.

*I recieved no compensation for hosting this blog post. All information is for non medical purposes only*

Posted in Everything else and tagged Family health, head lice, Lyclear.