It’s rather hot in the UK at the moment, hotter in fact than some other parts of the world that usually run to the subtropics weather wise. We are in the middle of a heat wave. I am kind of cynical about British weather, because of course, it will probably pour with rain as soon as the children break for their summer holiday, don’t mind me, I am British, it’s what we do, moan about the weather.

It’s kind of glorious, but it’s also damn hot. The UK relishes in the sunshine but also doesn’t cope very well, because we don’t generally have long periods of sunshine and heat, that would mean we would need to adapt to coping (air conditioner on buses, for example)

I am kind of enjoying the heat, in a reluctant way. It’s nice to pull the paddling pool out, clean out all the spiders that have moved in there for the winter, and let the kids splash about. It’s an excuse to eat as many ice lollies and ice creams as we can, and crack open the BBQ instead of heating up the kitchen with the oven.

But here’s the thing though…

The sunshine doesn’t like me and I avoid it like plague, and I get very objectionable when people lecture me on how I should be out in the sunshine, wearing skimpy clothes.

I am fair skinned (morgue blue would probably sum up my skin colour after a UK winter of no sunshine) and I have hair with a propensity to be more ginger than brown. I have loads of freckles.

I BURN in the sun. Badly. Twenty minutes in the hot sun and I am a lobster (and not one you want to eat with garlic mayonaise) and it’s not a pretty sight. I don’t particularly tan, unless you count my freckles multiplying and joining together and sunburn triggers an allergic reaction so not only am I sunburned but I get a horrible rash and itch, which lasts for a good week, before the sunburn starts to heal and peel… Attractive sounding, isn’t it? All this is despite being slathered in high sun protection factor, which I apply religiously.

I wear long trousers and long sleeved tops. Not because I like them, but because in the sun, my skin burns. I sit in the shade, where at all possible, because my skin burns. In fact, I even burn in shade.

I don’t go out in the hot sun. If you invite me to an event that involves me being out in the hot sun, unless you can provide me with a patch of trees for shade, a gazebo or a massive parasol then it’s highly likely I will either turn your kind invite down, or I will attend but probably only for about twenty minutes, whilst frantically searching for shade… 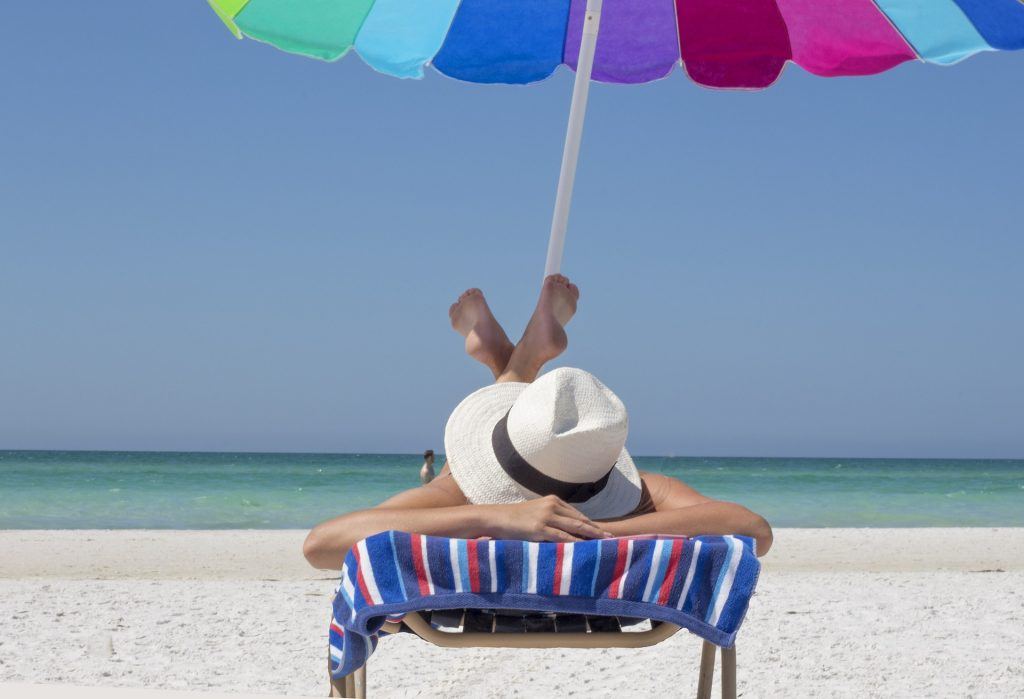 Sunburn sucks and I can’t help that my skin doesn’t like the sun. I can drown myself in factor 50 lotion and still be tinged pink and sore.

I  have also had three patches of skin removed because of concerns that my skin was producing pre cancerous cells in areas where I have a lot of moles and freckles. Thankfully for now, I don’t have a problem, but I do go back once a year to be checked all over, because my dermatologist says I have skin that is more likely to be prone to skin cancer. He also tells me to STAY OUT OF THE SUN and because he’s a medical professional who probably doesn’t enjoy diagnosing skin cancer in his patients, I tend to listen to him, and not the well meaning people who think I should put on a strappy top and skip about in the sunshine til I fry…

Seriously people. Stop telling me to wear shorts and embrace the sun. Please stop trying to drag me out of the shade. I am no fun when I am sunburned, and my desire for a suntan left me when I grew out of adolescence.

I love the sun, sort of, but the sun doesn’t love me, so I hide away from it. You won’t persuade me to. Please stop trying!

Please do not copy my work, or use my photos. Thanks © 2017 karen reekieAll Rights Reserved
Posted in Everything else.

How to prepare your backpack when going camping this summer http://trbr.io/BddUjuy via @HaveSippy

There is so much natural beauty
all around you. You just need
to pause and pay attention.
☮️
Sunrise and sunset are perfect times
for reflection and meditation.
Take the time to appreciate
the amazing beauty
surrounding you
today.
💜
#WednesdayWisdom #wednesdaythought