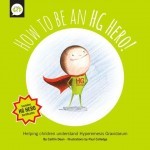 As some of you may know, during my two previous pregnancies, I was very unwell. I initially thought I had the usual sickness and nausea that comes with the hormone changes in early pregnancy, but as time went on, it became clear that it was more than that. After continually throwing up, not being able […]