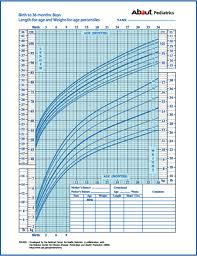 I’m writing this from the perspective of someone who has recovered from an eating disorder. I suffered from compulsive or comfort eating issues from early teenage hood, and when I was 19 developed first anorexia and then bulimia. I was very unwell, for 3 years. My food issues have made me far more aware of how the world relates to food, and the control it can have over our lives and the unhealthy habits we can form with food. I am not an expert in this area, I’m writing my point of view and feelings.

I think, as a society, we are obsessed with food, and what we feed our children. I’m not talking about concern about making sure our kids get a healthy diet, and eat well, that’s not a problem. I do think that we have let the government take over and tell us what to do as parents and carers with our own children, and because a percentage of the population struggles with obesity (and I’m not denying this inst a problem) we are now under this umbrella of fear about our children and their weight.

I am one of those “rebellious” parents, that refused to sign the form for school allowing them to weigh my children at the “health” check they carry out when they start school. I don’t want my child on some list of statistics. Ive seen enough articles and complaints about the current system that is used to show that the figures they come up with and the decision they make about whether a child is obese or not is wildly inaccurate. A good friend of mine received a letter to tell her that her son, aged 5 was “Obese” and gave her all sorts of information on how to deal with it. If you look at him, and spend any time with him, see what he eats, what his physical shape is, see how much exercise he does (he plays football, swims, plays tennis in the summer, cycles and basically never sits still) you can plainly see that he is NOT obese. He is tall, he has broad shoulders, long legs, has a reasonable muscle mass, and is healthy. She was horrified when she received this letter, and promptly took him to her GP, who took one look at him, laughed and told her to carry on, and ignore the letter.

Yesterday, when I took Small Boy for his 2.5 year health check, which went well, and raised no concerns (although I did get a long lecture on teaching him better sleep habits, ha ha, that went down well, as you can imagine) he was weighed and measured. He is 32lb and 92cm. In statistics he is in the 91st percentile for weight and the 75th percentile for height (according to the WHO growth charts for boys aged 1-5years old) I’m not surprised. He’s always been a big boy. At my 20 week anatomy scan, the sonographer kept saying “we have a BIG baby in there” and he was big at birth, weighing in at 9lb 7oz, with a big head, and shoulders. He has always been in larger clothes than for his age, and it has never bothered me. Until yesterday, when the Health Visitor informed me that I would need to bring him back in April next year, when he was 3 to get his weight re-checked. I asked her why, and she informed me that because he was heavy for his age, but only “average” in height, they would want to make sure he wasn’t developing a weight problem. I was, to be honest, a little blunt with her, and told her that he had always been a big boy, he was big before he was born, big at birth, he has big hands, big feet, a big head, broad shoulders, there is not an inch of “fat” on him, he is just “big” and that frankly, I wasn’t having him labelled at aged nearly 3, when he clearly doesn’t need a label. I think they’ve got me down as one of “those” mothers already, so I am sure my comments got noted and they’ll either ignore me or send me a stroppy letter next year. I won’t be going back. If he was overweight, didn’t do any form of activity, ate junk, then yes, maybe I would be concerned, but I am an educated, sensible, pro-active parent, who won’t let her child (ren) be put in a box to fill a government statistic, and I feed them healthy food, and because of my own history, of weight then eating issues, am very careful to allow them to eat a healthy diet, with treats, but we don’t label, and we don’t make food, eating or body image an issue.

I feel the same way about Big Girl. We don’t talk about being fat, we don’t have a set of scales in the house, I have no idea what she weighs. I know she is tall for her age, and wears clothes for 7-8 year olds because she has very long legs, and I can’t find skirts and trousers in her age that fit her, and has inherited my frame, so she will never be “skinny”, but I am determined to let her grow up not worried about her weight. I was conscious of my weight and size from an early age, and i think it contributed to my eating issues as a teenager. I have spoken very sternly to family members who have made comments about eating or weight around her, and I won’t allow talk of diets or being thin around her. I want her to develop a healthy attitude to her body and not feel she HAS to be thin to be perfect. The pain, self hate and struggle I went through is one I’d like to never have her suffer.

I think yesterday annoyed me, I hate being labelled or put in a box, and I refuse to allow that for my children. I know the government has to provide healthcare for us, I know their job is to try and prevent health issues like obesity and it’s consequences, but the system seems to clump everyone together, it is not a one size fits all process. My Small Boy doesn’t have a weight issue, but because of his build and genetics he is being lumped into a category to suit the government statistics. I find this frustrating.

I wish there was a better way, I wish the system would take into account more than just a set of numbers of the scales. I don’t like the way they categorize our children, then try and tell us how to parent them. I know there are parents and families out there who do need help, support and advice on parenting, but frankly, then less time I spend in the system, the happier I feel. It has it’s benefits, but it also has it’s drawbacks.

I’d love to hear from other parents? What do you feel about the weight check system? How do you deal with weight/eating issues? Do you feel the government/NHS is getting it wrong or right?