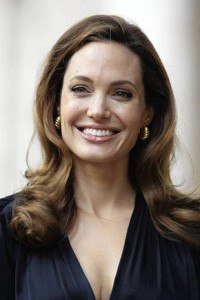 It has been big news, this week. Angelina Jolie, announced that she  carries the BRCA1 gene which means she is in the 5% of the population at risk of the most severe forms of breast and ovarian cancer. She lost her own mother, who died at the age of 56, to ovarian cancer. She has an 85% chance of developing these cancers and has had a mastectomy and breast reconstruction, and will have her ovaries surgically removed, to reduce her risk of developing cancer, to a much more reasonable number of 5%

She has received much praise and some criticism. Some people have slammed her for making such a radical choice, and I have read articles claiming “eating well, and sensible sun exposure” would have been just as good a choice. I have seen some people claiming she has only done it to get herself a new set of perkier breasts, post pregnancy and breastfeeding. Sad really, that the choice to have such a difficult series of medical procedures performed and to share about it, has brought out the nastiness in some people. She may be famous, she may have Brad Pitt as her partner, but she is a mother, and a person, and she wants to live, and to maximise her chances of life. I don’t think we can say that is wrong? In the genetic lottery, she has been dealt a bad hand, and whilst diet and healthy living can reduce the risks of some cancers, if your body is genetically predisposed to a condition, and your risk is as high as 85%, then making the choice to have surgery to reduce that risk, is understandable.

I won’t claim to know the ins and outs of the medical choices she has made, and I can’t quote scientific stats at you, other than the above, which are taken from the various articles I have read today, but I can tell you that if I were her and I had tested positive for the gene, I would do exactly the same. To have a mastectomy and remove your ovaries is a drastic choice, but she has a family, of young children, she watched her own mother die, at a young age, and having seen my mother die, at the age of 45, of a disease that 20 years later is far better understood, and has better treatment options, and knowing that if she had been able to, my mother would have done anything to stay alive and be around for us, I would make that same choice. Breasts can be reconstructed, and whilst the loss of my ovaries would mean no more biological children, for me, the choice to give myself a fighting chance at life, and reduce the risk so dramatically of leaving my children before they have grown is the one I would make.

I know someone, who has two children, one the same age as Small Boy, and one aged 1, who’s own mother has been diagnosed and treated for ovarian cancer. She herself is making the radical choice to have a mastectomy and her ovaries removed. She is slightly younger than me. This is no light, easy choice for her, medically. She will have to have major surgery, and face a lot of pain, but I support her decision. She is going to be around to watch her children grow up, she is beating the cancer gene, that is in her maternal family,  in her breasts and ovaries before it can beat her. In a heartbeat, I would make the same choice. I have seen personally, through friends and family, what breast cancer can do, and how it takes lives far to soon.

So, I think Angelina is very brave, and tough, to make the choice she has made. I know many won’t agree with her, but it’s her body, and her life, that she wants to live, and she has given herself better odds of being with her children, and hopefully living a long and healthy life. She actually has a home, near us, in London, and often is out and about with her kids. I doubt I will ever get the chance to speak to her, but if I do, I would like to tell her, and thank her for speaking out. I think motherhood gives us an inner resolve, to do whatever is our power to be there, and stay alive for our children, I think she has made a choice a lot of women would make.