So, I shared this link on my personal Facebook page, yesterday, about a proposal going through the annals of government. The Labour party are currently trying to get the Children and Families Bill amended, to bring in a ban on smoking in cars when a child is present in the car the person is in, and to make it an offence if someone does not prevent a person smoking in a car with a child present. 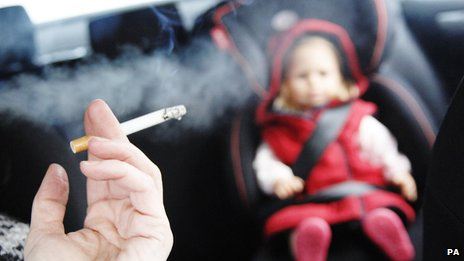 The overwhelming response was that smoking is bad for children (true, there are all sorts of health conditions that have been proven to be caused by inhaling smoke, or mothers smoking when pregnant) and that it should not really be a matter for debate, and that yes, it should be banned. Children don’t get a say in what they are exposed to, and they should not be exposed to the cigarette smoke of consenting adults, which is putting their health at risk.

Confession time: I am a reformed smoker. I smoked in my twenties, partially because I found it helped to suppress my appetite, and partly because of habit. I didn’t smoke more than 10 cigarettes a day, and never at work, or around children. I stopped before I got married, and have not had a cigarette since. I struggle now with cigarette smoke, and the smell on a smokers clothes or when someone has been smoking, and get a bit cross when I am somewhere, and someone is smoking around my children. I do understand, however that smoking is addictive and a hard habit to break. It wasn’t easy to stop, and I had some moments of real struggle, so I am not out there proclaiming an anti smoker banner.

I do think that smoking in cars is bad for children and babies. The nicotine, tar, and other chemicals, in a small, contained environment cannot be good for anyone. However, as much as I don’t think smoking in a car is a good thing, I am struggling with the proposal to ban it and punish parents or carers who are caught.

How will this law be enforced? Will teachers be expected to sniff the clothes of children who’s parents they suspect smoke and ask if their parents smoke in the car? Will they have to report them? Are we expected to dob people in we see smoking in cars? Will police be able to stop any car with a child in it and check if their parents smoke? What if a parent is pulled over, in their car, and they have a packet of cigarettes in sight, but are not smoking? How do they prove this?

Does this mean that the government then can amend the law further and start to make smoking at home where children are, banned? Draconian and invasive? Possible? I feel that the government does interfere in our lives, a lot, and this is just another step.

I don’t know what the answer is? Make tobacco products prohibitively expensive so more people stop? Make it easier and cheaper to get help with quitting smoking? Providing other incentives to those parents who wish to stop? As much as smoking in a car with a child bothers me, the government coming down heavy handed on this, when they barely can be bothered to lift a finger in other areas of child health or other things that really, they should be taking action on, bothers me.

I would love to hear both smoking and non smoking thoughts? What do you think? Ban it and punish, or is it taking things too far?

Technically this is not a Friday Rant, but I am linking it up with Mummy Barrow, and I would love to hear what people have to say, if you feel like I do, or disagree totally….