Oh here she goes again about days that she doesn’t like celebrating…. 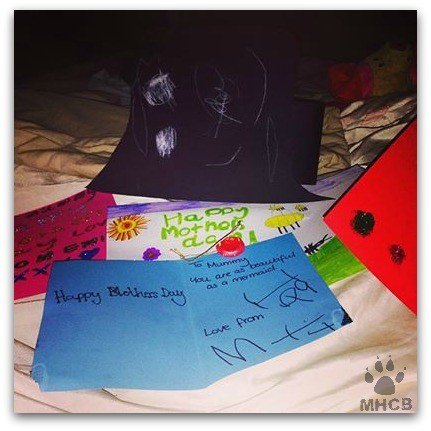 I know, I sound bah humbug, when I say that I am not really bothered or feel like I need a fuss made on one day, in the year. Mother’s Day or Mothering Sunday has been taken over by the shops and media as yet another day to spend money on and once again I have had my inbox flooded with “buy Mum this for Mother’s Day” or “You know they love you if they get you this for Mother’s Day” nonsense. Originally Mothering Sunday was celebrated as a mainly Christian/church based celebration:

“Mothering Sunday is a Christian holiday celebrated by Catholic and Protestant Christians in some parts Europe. It that falls on the 4th Sunday in Lent. (For Orthodox Christians in Europe and elsewhere, the Fourth Sunday in Lent remembers St. John of the Ladder (St. John Climacus).) Secularly, it became an occasion for honouring the mothers of children and giving them presents.[1] It is increasingly being called Mother’s Day, although that has always been a secular event quite different from the original Mothering Sunday.[1] In the UK, Mothering Sunday is celebrated in the same way as Mother’s Day is celebrated elsewhere”

I am not saying that we shouldn’t celebrate Mother’s Day unless we are religious, or that we shouldn’t celebrate it at all. I think it’s lovely to make a fuss of our Mum’s, or Grandmothers, or the women in our lives who have loved and nurtured us like Mum’s but I do think that like every other celebration it has become so commercialised and the frenzy in the shops and the media over it, has frankly, put me off.

We didn’t actually do very much this Mother’s Day. Not because anyone forgot, or because no body wanted to make any effort, but because I asked them not to. I was very happy with the glitter infused cards made for me, by the children, and the cup of coffee brought to me in bed, after I got an extra hour of sleep. We have had a long week, with Big Girl recovering from her tonsil/adenoid operation and LSH and I juggling care for her, whilst trying to keep on top of work and family life. I knew he was tired, wouldn’t have time to go shopping, or plan much, and to be honest, really wasn’t bothered. I did get to pop out for a coffee and cake alone, for an hour, but to be honest, I had to leave the house to go and get supplies for Big Girl, so it wasn’t just a trip out for me.

I personally think that society doesn’t celebrate mothers enough, and then all of a sudden we have one day in the year, when we are supposed to tell her how much we love her, and how wonderful she is, shower her with expensive gifts and then we go back to normal. Mother’s get a hard rap, a lot of the time. The media is constantly telling us how to parent, that we are bad mothers if we don’t work and contribute to society, or if we choose to work, we are vilified, we are continually bombarded with how to feed our kids, how to teach our kids, how to parent them, and we are the first to be blamed when society doesn’t approve of our children’s behaviour. Of course, we are largely responsible for our children, but you know what, being a mum is a damn hard job, and a bunch of flowers one Sunday in the year means very little.

Even our government is not mother friendly. They seem to be on a bender to get our kids in to school as early as possible for as long as possible so us mums can “go out and work, and contribute”. I am not anti working mothers, I am one myself, having also stayed at home, but I object to the way we are put into a box and that the government seems to forget that actually parenting and nurturing our babies is why most of us had them in the first place, and that we want to be able to look after them and be recognised for this and not put in a “go out to work, being a mum is second rate, doesn’t pay taxes” box.

Compared to some countries, we do give mother’s a reasonable deal, in terms of maternity leave and pay – when compared to the US for example, and health care and rights for women who want to take time of to have children has improved, and I am not asking for mother’s to be paid to be mothers (heck, the government could not ever afford it, anyway 😉 ) but I do think that making a huge fuss, one day of the year, then we go back to normal, seems a bit pointless. I am not asking for rewards, or applause on a regular basis (although some days, getting to the end of the day, in this parenting malarkey, I could do with someone cheering me on, because it can feel like a battle that I am not winning) but I think we have lost sight of what being a mother is, and what mothers do, and it would be nice if we could be kinder, more supportive and cheer them on, not just on Mother’s Day.

Perhaps my slightly cynical view of this over commercialised day is because my own mother is not around, I probably see things with a tinge of grief. I appreciate more now, how tough being a parent can be, now I can’t tell her in person how much I actually appreciated her.

When LSH asked me, if I was really sure that I didn’t mind that Mother’s Day wasn’t going to be a huge fuss and a lot of effort made for me, I was honest with him, and told him I really wasn’t bothered. My words were “I have two happy, healthy (well almost, she is pretty much on the mend) children, who love me, and tell me so often, and you make me coffee every morning, no matter what else is happening, and you put up with me”, all the handbags, spa days, bottles of posh perfume, or expensive meals out, don’t give me that feeling of being loved. I prefer ordinary, regular moments of love and pride, to lots of fuss on one day.

So, that’s me, not too phased by our low key, and rather lacking Mother’s Day yesterday. It was just another day. I don’t begrudge other Mum’s if they wanted or got lots of fuss made, as long as they felt loved, and it wasn’t done “just because”. Mum’s or the women who mother, deserve love and recognition, all the time, not just one Sunday the Spring, because tradition dictates it.

So did you have a glamorous and fussed over Mother’s Day, were you treated like a queen and made a fuss of, or are you like me, and prefer minimal fuss, but more love every other day of the year? I would love to hear what you think and what you think the day should mean or how you celebrate or not?