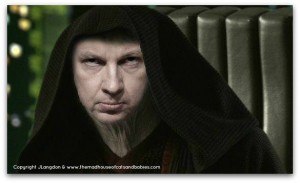 I dislike you, intensely. I have never met you, I hope I never do, because frankly, I don’t think I would be able to restrain myself, I would likely either want to slap you or be very rude to you.

You HAVE NO IDEA what actually goes on in schools, how hard teacher’s work, what they have to face on a regular basis, what resources are lacking or actually available. You make sweeping statements about what you think should happen in schools, and what teachers should be teaching (in fact you seem to think that teachers are child care providers, childminders, nannies, nurses, social workers all rolled into one, as well as being educators) and about what children need.

You also seem to think you know what parents want, and what parents and their children need. You HAVE NO CLUE. Whilst I agree, that there are some sections of the population, who do need help, and their children are struggling in school and they and their families need help, but making children stay in school for longer, is not the answer. Using “we want to help mother’s get back into work” and “schools being open longer, will help children get homework done, and they will learn more”  is not what we want to hear. Also, I would like to see some well researched, peer reviewed, actually been done on the ground evidence of how children being in schools longer would be beneficial. Yes, some parents might like the idea of wrap around care, based at school but a VAST majority of parents in this country do not want their children in school for longer than they are now. My 4 year old DOES NOT NEED to be in school from 8am-6pm every day. Neither does my 7.5 year old. I actually like spending time with my children, I am, a pretty good parent, and I work my working life around their school hours (damn, I know you would like me working all the hours you could muster, contributing to the economy and paying more tax, but tough, I chose to have children so I could parent them, not so their school could)  and I don’t think children need to be turned into little robots, under control of you and your horrible schemes to “make the British system the best in the world”. I am not the only one who feels this way, hundreds and thousands of parents have protested, and don’t want longer school hours, and funnily enough they have minds of their own, and are capable of deciding what is best for their children, something you and the government in general seem to think little of. You seem to think that children should be in school as soon as they can walk, and that by dragging babies into longer hours at nursery, and making young children stay at school for longer hours, is going to make our education system so much better. We are on of the few countries in Europw that pushes formal education at such a young age. Little children should be playing, having fun, and spending time with their families, not struggling to stay awake at a desk at 4pm in school whilst a tired, over stretched teacher battles to force them to learn mountains of curriculum, juggling children with special needs, social issues, and behaviour problems at the same time. If parents choose to put their children into childcare, because they want or have to work, then that is their CHOICE, and their right, not something to be dictated to them, to do by you or our government.

I actually think you want to be Prime Minister, I think you want, in a few years, to be able to say “look what I did, to our education system, I made it marvellous, lots of little children, in school for long hours, learning poetry and computer programming, and spouting quotes from literature I have deemed acceptable, like robots, not at home, being influenced or cared for by their families, look, how amazing it is, we have lots of good “exam” results, and who cares about the fact that family life is a mess, and that thousands of children are exhausted and over stressed, from the long hours, and oh look, we have got mothers to trudge back into the work force, because they don’t really do much as mothers, and are better of working while we train their children 9+ hours a day, VOTE FOR ME, to ruin the country and turn it into my little kingdom”

Sorry, Mr Gove. If you get your way, and schools open longer hours, and we are “made” to send our children to school for longer than they go now, I will be withdrawing them from the state run education system and home schooling them. I know many families will do the same, and if you attempt to make home schooling illegal, I can imaging the uproar and uprising, and emigrating to other countries that will happen, which won’t look so good or be good for the economy either.

When I see you, I think of the Emperor from Star Wars, and the Imperial March music wafts through my head.

You are a horrible person, who has no clue what our children, or our education system needs, and frankly, I think you should be sent to the worst school, in the most deprived area, and made to be a classroom assistant to the children with the worst issues, for a year, so you can actually see what our teachers have to face, then I think you should be made to face a stadium full of parents who can throw rotten veg at you and tell you what they really think of you and your policies and ideas.

I feel much better now, that I have got that off my chest. I hope enough people do sign the petition, I hope enough parents and teachers keep saying NO, and that the government listens, to what we actually want, and tries to look at other ways to help our education system, and to let parents have the right to say what they want for their children. I am sadly disappointed that our government once again, thinks it has the right to tell us how to parent, when the majority are actually managing, frankly, with little government help. Those parents and families who do need help, are not going to have their problems solved, or even alleviate them  by making their children go to school for longer hours, making mothers go back to work by taking their kids into school for longer hours is neither family friendly or a solution to the long term economic problems in this country, and fining parents who don’t parent well enough, is frankly a disgusting idea, because the ones who will suffer, ultimately, are the children. Perhaps instead of trying to take over more of the parenting and telling us all what to do, and treating us like morons, so some sections of the parenting population expect to not be good parents and take it for granted that other people will raise their children, you should be looking at strategies to help those that need it, not punish them, and to encourage active parenting, not punitive schemes and assuming we are all rubbish parents who need our children removed into your care and supervision as soon as possible.

Basically, Dear Michael Gove and your minions, BOG OFF. I don’t want or need your ideas of how to parent, and educate my children.

A Very Angry, preparing to take matters and my children’s education into her own hands, tax paying, had my children so I could raise them, thanks, mother.

If you, as a parent, or a teacher, would like to sign the petition, to say you don’t want or agree with extended school hours, click here