The  Pumpkin Spice Latte is back, it’s almost autumn and it’s time for all things pertainign to that, before the Christmas madness starts. Many people adore Pumpkin Spice Lattes. I personally think they are revolting, but happen to like a tall Gingerbread Latte myself, so I don’t suppose I can pick on PSL lovers too much. 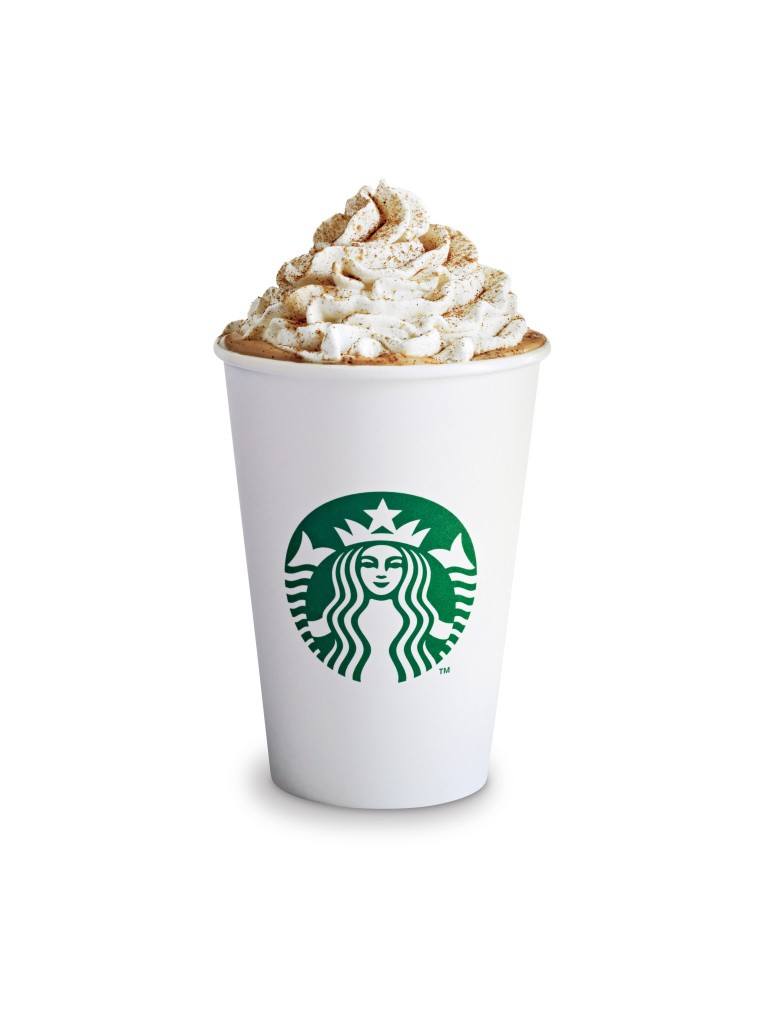 This week, the news flying round social media and the internet is that a certain famous health food  blogger has investigated and found out, to cries of shock, horror, disbelief, indignation and many other emotions expressed so well on Facebook and all over that Starbucks, that purveyor of coffee, cakes and other snacks, produces a coffee drink that is possibly not all that good for you…. That actually, there isn’t much pumpkin, in a Pumpkin spiced latte, after all… But then, I am not surprised, because actually, as far as I know, there isn’t actually any pumpkin in pumpkin spice, either, it’s actually a mix of cinnamon, and other spices, to put in pumpkin dishes. (I am not going to link to the blogger in question, I am sure if you Google, you will find her! ;))

I treat myself to a flavoured coffee, once, maybe twice a week. I go in, buy my coffee and enjoy it’s warm, spiciness, for a few minutes, until my children start getting bored and threatening to disturb the peace of the other coffee drinkers and then I gulp the rest down and we leave. I don’t drink that type of drink at any other time.

Why? Because I know it has sugar and all sorts of other things in it that are probably not that great for me. I have never actually investigated what exactly goes into them, because I don’t really want to know. I have them as a treat. I don’t walk into a shop that sells frankly overpriced coffee, sandwiches, muffins and salads thinking that I am heading into some sort of Health Food Zone, but I want a small treat, and a flavoured coffee is what I choose. I know it has sugar in it, I know the milk is probably not organic, and I know that the flavours etc. are in there. I don’t care!

Actually, when I read the blog post in question, it did make me raise my eyebrows because it was alarmist, and apparently factual, but frankly, it didn’t fill me with fear or worry that I was going to die of some awful disease, because to be honest, I am pretty sure there a lot of nasties in the food we eat out there (this isn’t a good thing) that we should be worried about rather than getting our knickers in a knot over a coffee drink we don’t have to buy and that isn’t one of life’s essentials (well, to me coffee is an essential, but a flavoured bought one is a treat!)

The WHOLE WORLD is up in arms, it would seem (Well, Facebook is, so that must be the whole world, right?) and is protesting, petitioning Starbucks and claiming to NEVER WANT TO DRINK a PSL again… There are people claiming that Starbucks won’t release what the actual ingredients are, in said drink, and that this is a terrible thing.

There are recipes floating round for alternatives, and “how to make a healthy PSL at home” (why would I want to do that, the whole point of going to a coffee shop for a treat is ruined, if I have to make it at home?) and more to my horror, althernatives to the drink that DON’T EVEN CONTAIN COFFEE (what’s that all about? Why drink a drink, naming it after a famous coffee drink when it doesn’t even have any coffee in it, not even decaffeinated coffee?)

I all for eating well, good nutrition, keeping healthy, and trying to make sure we don’t ingest too many things that aren’t good for us, but really, don’t people have better things to do than spend time hunting down what’s in the coffee drink I want to drink, as a grown adult? If I go to a fast food restaurant, I know I am being served food that is probably not the best thing for me, if I eat chocolate, I know I shouldn’t eat too much, if I go to an ice cream parlour, to eat ice cream, I know it’s fattening, and that it’s got sugar, cream and probably flavouring in it, I could go on… but it seems the world has lost its common sense and is now horrified and stunned that PSL may not be that good for you!

Really folks. Simmer down! It’s a coffee drink, that is probably not the shining light of nutrition in your day, but if you are going into Starbucks, you aren’t exactly going there for your health, are you?

I will be enjoying my occasional flavoured coffee treat, and the most stressful thing that will flash across my mind, as I purchase and drink it will likely be “will the children let me drink this whole thing, or will I need a takeaway cup?”