Last week, I was chatting to my son’s teacher, about how he was doing at school, generally. The conversation, and what she had to say about him sounded great. He’s doing well, managing to achieve all the goals set for him, as a child in a reception class, excelling in some areas and managing to keep up with his peers in others. He’s quiet, but getting more chatty as the term progresses, has a small circle of friends, prefers playing with the girls who seem more sensitive to his sensory issues, than the boys, likes one on one activities but is learning to cope in a group, loves physical activities, as well as more focused, academic things. He’s well behaved, listens well, and generally seems happy. 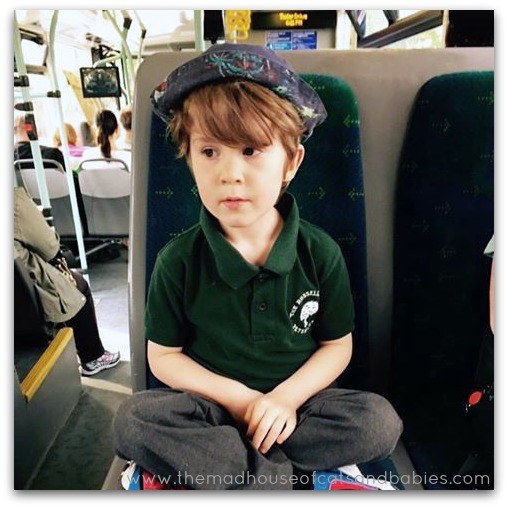 When I mentioned that at home, we struggle with his behaviour and that frankly, sometimes I wonder if she has a different child in class, to the one I am dealing with at home, she told me it was totally normal, and that lots of children struggle at this age, with being in school all day, then coming home and acting out.

I spoke to the lady who is currently working with him, in some therapy sessions that he attends to help him with his sensory issues, and she also said that is was normal, in fact for a child like him, who is trying to adjust to the normal world around him, whilst learning to cope with his sensory issues, it is probably even more of a reaction. He spends all day at school, dealing with routine, activities, lots of his peers, noise, and a lot of things to process, then comes home, to familiar, quieter, and a different routine and because he feels relaxed and I am his safety net, he lets it all go, and I (we) bear the brunt of his behaviour, because he is just trying to handle it all.

He comes home from school and basically, from entering the house, until he goes to bed, it’s a battle. We have tantrums over what snack he wants, what he wants to do, he picks fights with his sister, he gets angry and will try and throw toys and by the time dinner is over and he is getting ready for bed, I am relieved, because frankly, he is not nice to be around and I know it is  not his fault. I know he is tired, and is trying to process everything, I try to keep things calm, have snacks he likes, get dinner on the table as soon as possible, have activities he might want to do, or just allow him to collapse on the sofa and watch TV, but basically, our house is not a fun place to be, from 3:30pm until bedtime. Let’s not even talk about the playdates that aren’t happening because he simply wouldn’t cope, and neither would I…

So, I am being told it is normal. I guess, for children this age, it is. What I don’t like is that it shouldn’t be normal. I don’t think a child of 5, or sometimes not even 5 (knowing that there are children in my son’s class who are not 5 yet) are having to process so much, and spend so much time “coping” that when they get home they are pretty much wrecked. I don’t see him all day, when I collect him at school I am looking forward to spending time with him, but it’s hard to enjoy that time when he is so tired, miserable and doesn’t actually know what to do with himself.

I remember this also with his sister, and it did get a bit easier, although she is also tired and pretty grumpy when she gets home from school, so I know it will pass. I feel we don’t have any choice, with the education system as it is. I am grateful we have a free and mostly pretty good system, that we can access, and that we have such a good relationship with our school and it’s teachers, but I do think what we expect of our children is too much, too young. I know a lot of it is play and it’s all structured around them, but at 5, should our children have to learn to cope. Other countries in Europe seem to have more relaxed systems, children starting older, yet managing to achieve education targets and turning out to be normal members of society. I am not convinced that school in the UK is not seen as a form of day-care, that we have no choice but to enrol our kids. I know teachers work hard, I know it’s a damn hard job, but do we honestly think that it’s good for children so young? I am becoming less and less convinced as I watch my son have yet another tantrum because he is so tired after a long day at school and he can’t control his emotions for one minute longer.

Home-schooling isn’t an option for us right now, although, to be honest, it is something I am considering even more seriously.

Do you think too much is expected of our children, at too young an age? How is your little one coping with school and then coming home? I can’t be alone feeling like this, I sure…?