It’s world breastfeeding week. Social media is flooded with the promotion and discussion of breastfeeding and all the issues surrounding that. The good, the bad, the ugly, the happy, the sad. The why and why not.

I don’t talk about breastfeeding much on my blog any more. It’s been almost 5 years since Matthew weaned, so it’s been a while.

I breastfed both my children. Emily for nearly 18 months, and Matthew for 27 months. They both gently weaned themselves until they were down to one last feed a day then stopped.

I am proud I fed them both. I did it. I am not sure, however, that I would do it again. If we had had another baby, I don’t know that I would have chosen to breastfeed.

You see, breastfeeding was hard on my mental health.

After Emily’s very difficult pregnancy and traumatic birth, I was DETERMINED to breastfeed. I was devastated I didn’t get the all natural, happy, glowing birth that my ante natal classes had somehow made me think I should have. I had read all the books on natural birth, and how it was supposed to be, so of course when pre eclampsia and a birth where I tore very badly and hemorrhaged landed on me, I was pretty broken both mentally and physically and felt that my body had let me down, I had let me down and I was damned if I was going to fail at breastfeeding because that was also what my body was supposed to do.  It was hell, frankly for nearly 4 months. She was sleepy and not interested at first, then her latch was awful and I had no idea how to make it better. I was given very poor advice in hospital, and told to pump to make sure I was making enough milk for her. She as quite jaundiced but I was told not to give her formula and to carry on feeding. Those first days in hospital were hell. I couldn’t walk due to the surgery I had to repair the tears and bleeding, and I was in pain, exhausted and overwhelmed. I had no sleep, and no help, because at that time, partners were not allowed to stay over. I begged for her to be given some formula one night so I could sleep for more than an hour at a stretch. They refused. They persisted with trying to get her to latch. People I barely knew came into my room and grabbed her and my boobs to try and get her to feed. Finally, we went home and I carried on. My nipples were raw and bleeding, and within ten days I wound up back at the hospital with a raging case of mastitis and needed antibiotics (lets not get me started on how they tell you you can’t take the antibiotics because they aren’t safe for breastfeeding but then at the same time you are being told “breast is best” and not really given much help) thrush, more pain, more mastitis, a diagnosis of reflux and a dairy intolerance for her, and massive milk over supply for me (thanks to my hormone condition, they don’t tell you you can end up with too much milk, I pumped over 1000 oz which I donated to our local NICU as we didn’t need all that milk for her) and then finally it settled into a reasonable routine. I cut all dairy out of my diet, we figured out her latch, I learned how to deal with my oversupply, and we settled into breastfeeding. In the meantime, I was having a slow and painful mental health breakdown, with post partum anxiety and depression clouding my mind and my judgment. More than once, I sobbed as I fed her. Terrified to give up, because “breast is best” but all the while feeling like I just wanted my body back, that I needed help but didn’t know who to ask. When she was a year old, and we realized I was desperately unwell, I was told I could take medication, but that they weren’t sure it was “safe” for breastfeeding. I know now it probably was ok, but I couldn’t bear the idea of her precious little body getting any traces of medication I might take, so I didn’t take the meds. I refused to feed her formula, because even when I suggested to my health visitor that it might be an option, I was told “it’s much better to breasfteed, you have come so far, why would you stop now”.

I loved parts of feeding her. I loved the fact that it was the one thing I could do for her, that no one else could. I felt I had let us down with her birth. Breastfeeding wasn’t going to beat me. She loved nursing and there were real times when I felt ok about it. But a lot of the time I hated it, questioned if she was getting enough, battled with more bouts of mastitis, lack of support from medical staff, and my own anxieties. More than once I was given permission by those around me who loved me, to stop, and not in an unsupportive way, but in a “you need to look after you” way. I know now they were right, but at the time it just made me angry and that I would be a failure. The WHO says until two, was my mantra…

When we were pregnant with Matthew, after therapy and counselling, and treatment for my anxiety and depression I was able to make more rational choices and realize that whilst breastfeeding is the optimal feeding choice and the biological norm, that for me, it was pretty awful, and if we faced a difficult birth, or issues with feeding after birth, I wouldn’t fight so hard and that formula would not be the end of the world. That my mental health had to be a priority. I was calm and rational, because I could see that whilst breastfeeding is a good thing, that it almost broke me the first time round.

Matthew was a text book baby, he even did the famous breastfeeding crawl to get to my boobs post birth, he had an almost perfect latch from the get go, and he seemed to know how to feed. I was more confident and calmer, and knew what I was doing. He gained weight, had minimal jaundice and thrived. By six weeks he had gone from almost 4kg at birth to 6kg and was the talk of the baby clinic because he was doing so well. It seemed easy and most of the time, I managed to feel ok about feeding him. It was less emotional, and in the back of my head I knew I could stop, if my mental health was suffering. He refused to take a bottle, pretty much so I didn’t have the freedom I had with his sister, who did take expressed milk (I want back to work when she was 10 months old) and for the first year I fed him on demand. We in fact continued to 27 months, because breastfeeding was his comfort when his sleeping issues started and he was also diagnosed with a dairy allergy, but refused all the special formulas so I cut all dairy out of my diet and fed him.

My body did me proud, when I think about it. It fed two humans. However, I am not sure I would do it again.

Don’t get me wrong, I know breastfeeding is what we are supposed to do. When you read all the information, and research, and when you think about our biological design, it’s clear it’s kind of what nature intended. But for me, it wasn’t necessarily best. I do know that the trauma from birth, and the lack of consistent support from those around me professionally didn’t help. I was firmly of the mindset that BREAST IS BEST before I had my children and when I gave birth, and I had no idea that breastfeeding wasn’t as easy as the movies and posters in hospital make it look. I had no idea it could be painful, and problematic. I had no idea it would contribute to the mental health damage I was suffering. In a way I was between a rock and a hard place. To give up breastfeeding would have made me feel more like a failure but in reality I needed help for my mental health that would have made that first year and beyond so much easier and the pressure to breastfeed didn’t help.

So, for me, breast wasn’t necessarily best. Best for my babies, yes, and I don’t regret that I did feed them. Would I do it again? It would depend. I have the clarity of mind now to see that no, formula would not hurt my baby, when breastfeeding was agonizing and I was sobbing through feeds and getting no sleep and on my third round of antibiotics for masitis. If it was working and going well, I probably would carry on, but if I was having issues I would stop and feel no guilt. I am firmly of the mentality now that a happy mum = a happy baby and how we feed them is only a tiny part of motherhood, and whilst there are “bests” and recommendations each woman has to make the choice that works for her. We need to stop judging and comparing and pressuring mums.

For me, breast wasn’t best. Would I do it again? I don’t know, maybe not, and I am ok with that. 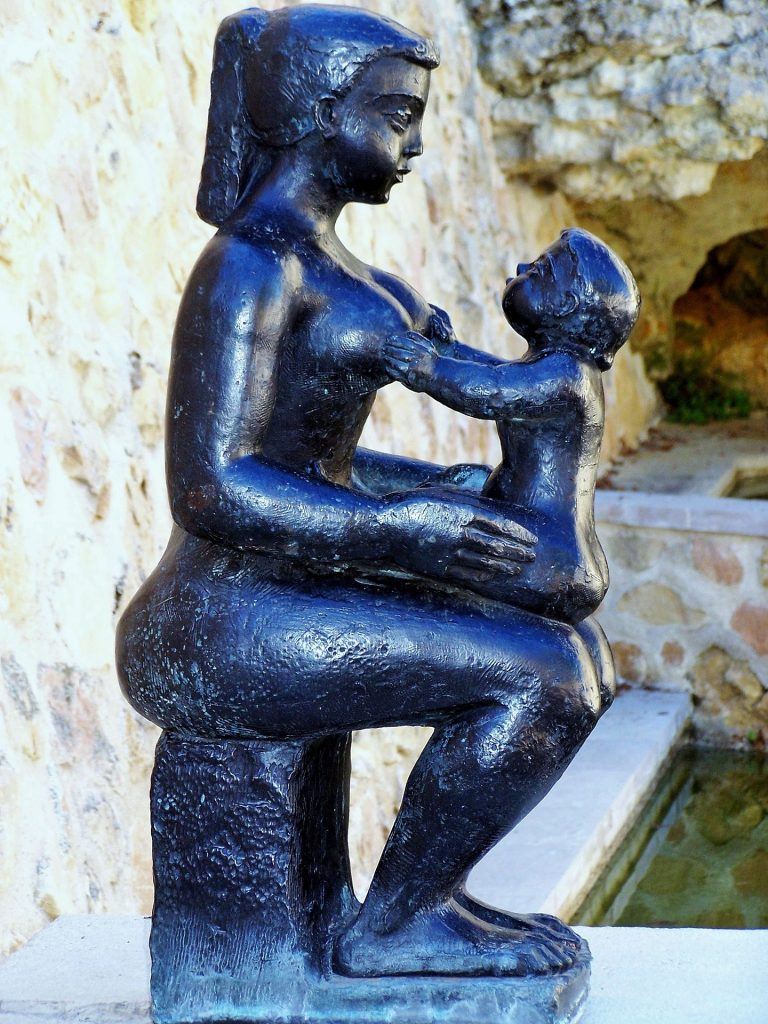