Something is up with the cat.

Mostly, she’s normal. Well, normal for her, if you call being taciturn, grumpy, hating everyone, demanding human food, abusing the other cat, and regularly depositing hair balls in delightfully unexpected places, normal.

But she has started featuring a regular behavior that we have been calling “mental kitty” or rather jokingly because of course we don’t really understand what the word means “Layla’s daily existential crisis”.

Jasper comes home from his nightly jaunt of the neighbourhood (you are aware that Jasper is our other cat, and not the husband, of course!) at about 6am and will announce his arrival home via the cat flap, noisily, and waits less than patiently to be fed. We humans will grumble and groan and usually there is a small child waking up.

Layla will go downstairs and eat breakfast, when it is presented to her, usually with some complaints about the speed of it’s arrival, the cleanliness of her dish, the fact that she has to eat in the presence of another cat, and whatever else is annoying her at that very moment.

She will then come up the stairs and use her litter tray. I could tell you this makes the house smell disgusting, but that’s another story.

She then goes as the husband puts it “absolutely berko” and does this thing where she belts around the top floor of the house, across any humans in their beds that may be still trying (ahem, trying) to sleep, up and down the stairs, whilst miaowing. She does this for about five minutes. She then stops, leaps onto our bed, sits on my face for a few minutes, then she will move to her chair, have a thorough wash, and curl up and go to sleep…

We have no idea why she does this. She doesn’t appear unwell, or in pain, or unhappy. Given she has a touch of arthritis in her hips, this daily sprint and leap around the house, first thing in the morning, seems a little adventurous and out of the blue for her.

I plan to ask the vet when she has her next check up, if he has any clues, but putting it out there to the internet also seems like a good plan, maybe you have a cat that does this too, and know why?

Or maybe it’s just her way of having a mid life crisis. 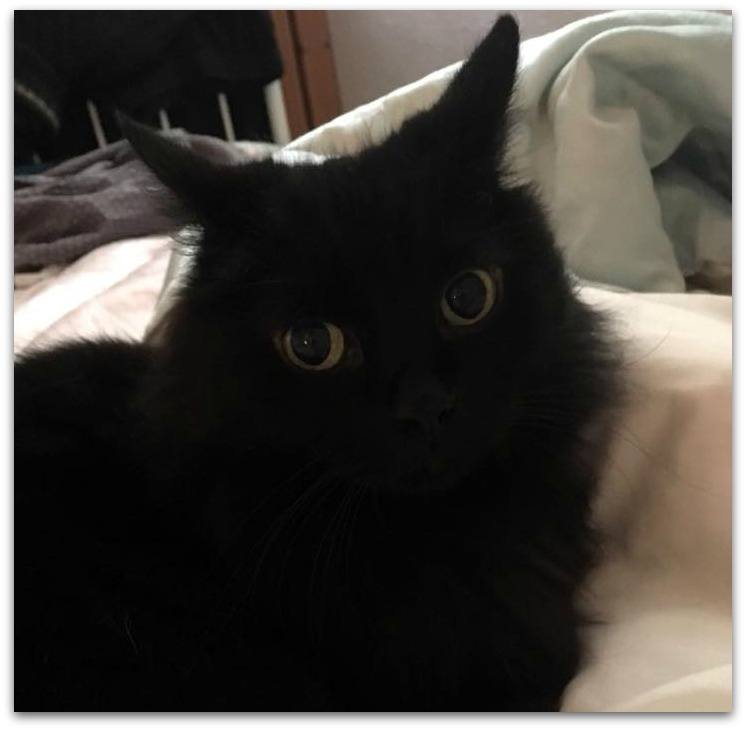