My kid doesn’t sleep. There, I said it.

Ok, he does, but he doesn’t sleep well sometimes and we still have nights where he wakes once, if not more than once, sometimes up to three times. He needs help to go back to sleep and he often wakes early (and I mean early, before 6am) he doesn’t really sleep in, he doesn’t cope well with late nights and bedtimes are pretty challenging.

We’ve had periods where sleep has been “better” but we also have really bad patches where “sleep is for the weak” is my daily mantra.

I have conversations with people about sleep, and I’ve come to the conclusion that society in general a) has no idea how hard it is when you have a child that doesn’t fit into the norms of sleep, and how tired parents of kids who don’t sleep well are and b) most people think that parents of kids who don’t sleep must be bad parents or at fault somehow. We judge parents who have sleep issues with their kids and we base our ideas of good parenting on the notion that somehow sleep is a standard narrow box that kids should magically fit into. There’s something wrong with parents who have children can’t or won’t sleep or who don’t go to sleep easily.

Yes, sometimes parents are possibly at fault because their kids don’t sleep, but I honestly think we have a huge mythical idea around sleep that starts to manifest the moment a baby is born, if not before. “Sleep while the baby sleeps”, “is he a good or bad sleeper” “you need to sleep train”, “babies should sleep x amount” and on, and on.The reality for us, is that our kid doesn’t sleep that well. It’s a fact. We have done our damndest and very best to help him and compared to a few years ago he does sleep better and we handle things better but by societies standard, he doesn’t sleep well. I spent time this week talking to someone who is a sleep expert, and a genuine, kind, helpful one who sees all sorts of parents dealing with out of the norm sleep problems. The first thing she said to me when I spoke to her and explained what we had been through was:”Before we go any further, I need to say this to you, and you need to tell yourself, that YOU are not bad parents and you have not failed, because your son has sleep issues, this is not your fault and you are doing your best in what is a hard situation”NO ONE has ever said that to me, in fact, a lot of the time, I’ve felt other people judging me and us because our child doesn’t sleep well. I’ve had people suggest ideas and things to help in a way that implies there is something we are doing wrong. I have judged myself. I have beaten myself up, I am my own worst critic. It somehow must be my fault because we don’t have a kid that goes to bed at 8pm and stays there sleeping soundly til morning. The journey we are on is not easy. Sleep is never an easy topic. But I feel released from a burden, that whatever we face and how we work it out, it’s not something we did or didn’t do. It’s just the way it is, and we will work a way to deal with that’s best for us.My kid doesn’t sleep well. That’s a fact of our life, and it’s not my or our fault.

You can read about why we medicat our son, to help him go to sleep, here. 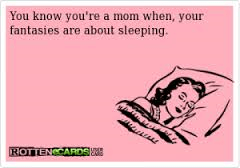