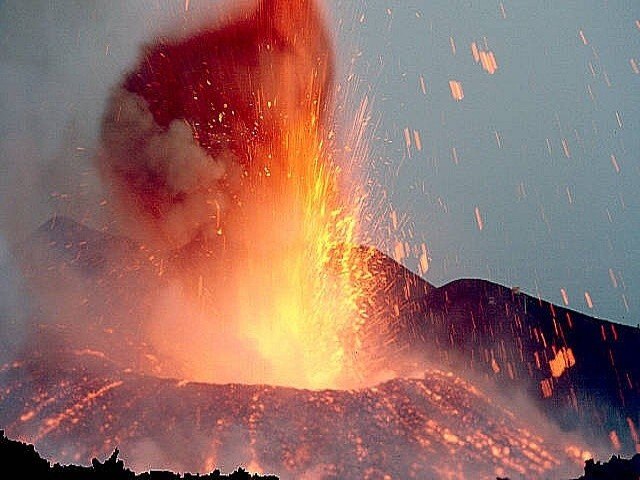 I have a thing, a hobby, if you like, that in any rare spare time, that I have, I like to indulge in. It’s a bit geeky, and very few people know about it. It’s not rude, or shameful, just a bit unusual for a suburban mother of two, I think. The reason there is a picture of Mount Etna, erupting in all her glory, in this blog post, is because, you may have guessed, I love and am fascinated by volcanoes. Ever since I can remember, I have been interested in them, and the power, and destruction that they wreak, and how spectacular they are when they erupt.

Weird, right? I am hardly volcanologist material. In fact, at school the careers advisor laughed at me, when I mentioned wanting to study volcanoes, told me I was doing all the wrong subjects for my exams, and that “girls don’t climb volcanoes” (dreadfully sexist and wrong, I know)

I have watched countless hours of programmes, documentaries, and clips of volcanoes, I have read so many books and articles. Currently on our TV digital recorder box at home, are no less than 17 programmes about volcanoes, earthquakes, plate tectonics and geology. I can describe different types of lava, the mechanics of a pyroclastic flow, what type avolcano by it’s shape, I can pretty much name all the famous, currently active volcanoes, and a few that aren’t so well known too. I watch all the cheesy Hollywood “volcano” movies and get cross when they don’t portray things accurately (ask LSH, he puts up with me)

There is a huge part of me, that wishes I had thought “stuff this” I am going to prove them wrong, and who knows, where I might have been. I have no idea why I like volcanoes so much, maybe it’s because they are uncontrollable, and so powerful, and no one really  understands them, and we could one day, all feel the effects of an eruption, if predictions are right, and somewhere like Yellowstone National Park erupts. They’re mysterious, majestic, devastating and fascinating. They create life, and they destroy. I am a bit of an adrenalin junkie (hello rollercoasters and tall buildings!) so maybe that’s also part of it?

My dream, for a special (ahem, 40 😉 ) birthday, would be to skip the party and presents, and go to visit an erupting volcano like Stromboli, or Etna, or even Hawaii (best I start making some serious cash from this blog, for a trip to Hawaii) and to be able to see an eruption by night, and be able to climb part of a volcano during the day. I suspect it won’t happen for the closest special birthday coming up, in a year or two, and as LSH points out, the children are probably still too young, to be safe to come with us, so perhaps for my 50th, we will save up and make a once in a life time trip.

So, there you have it, my secret anorak thing. I love my life, and wouldn’t change it for the world, but deep down, I still secretly would like to be a volcanologist, and when Big Girl announced last month that she wanted to be a “volcano explorer” when she grew up, I got quite excited, thinking I could live vicariously through her (whilst worrying myself sick, of course that she was putting herself in peril climbing lava spouting mountains) but then she changed her mind and announced “Mum, volcanoes are boring, I want to be a nurse, just like you” Oh well, never mind, it was a fleeting moment then!

You can’t tell me that although this is deadly, that it isn’t fascinating and strangely beautiful. My favourite clip of Stromboli, in action