So, yesterday, I am sitting, drinking coffee, chatting to another mother, in a very busy, but surprisingly harmonious soft play. It is half term, it’s pouring with rain, and I had offered to babysit a friends two children, who are good friends with mine, for the morning. We opted to go for a soft play visit, to get them out, and let them burn off some energy.

We had got there in time, so we got in (it’s popular, and can get busy, in holidays – desperate parents, wet weather, needs must!) and the kids were all playing beautifully. I had healthy snacks and drinks for them, and was relaxed and frankly, feeling rather smug, that I had this parenting thing, plus looking after someone else’s kids thing, totally sussed. I was SUPERMUM!

Until about an hour into our visit, when one of the supervisors of the soft play came over to me, with a sobbing child, not mine, and a mother and informs me that my little boy had gone all vampire like, and bitten the little girl. I could see teeth-marks and a bruise forming, and the child was justifiably upset, and the mother, whilst understanding, was also a bit upset, and I don’t blame them. I would have been too. Off I go, to hunt down Little Man, and find out what happened, and confirm if it had indeed been him, playing Dracula. He was hiding under some giant soft cushions. He hides, when he knows he has done something wrong, or has been angry and lashed out. It’s almost like he reacts then retreats. I pulled him out, and we had a chat. He admitted he had bitten her “she pushed me, and wouldn’t let me through, I bited her, I was cross”. I knew at that point that our visit was over, because once he has reached a point where he is reacting like that, we are done, he needs time out, and we have to remove ourselves from the situation. We apologised to the child and the very sweetly understanding mother and we left. I didn’t shout at Little Man, but we did have a very firm discussion on not biting, and that we were leaving, because biting is not acceptable, and he had hurt the little girl. I also felt that it showed him,  the mother, and the staff that we were facing a consequence and accepting responsibility, and frankly, with my knee in the state that it’s in, I wasn’t up to staying and following him around, climbing and crawling on the soft play, for the remainder of our time, to prevent another incident. He was upset at leaving, but I do feel he needs to know that even though he was cross and had reacted to something that he felt wasn’t fair, that biting is not an acceptable response.

He hasn’t bitten another child, in nearly 6 months. Biting was one of his reflex actions, when he was struggling with his speech, or very tired, frustrated or overwhelmed. We have always dealt with it very firmly, and for almost 18 months, anywhere we went with small children, like soft plays or playgroups, or playing with his peers, I or my child-minder (if she was with him) would stick closely to him, and intervene or prevent any incidents that might lead to him trying to bite. I actually think it is worse to be the mother of a biter, than to be the mother of a child that is bitten. The feeling of total mortification, when your child has hurt another child, even when you know they may have “a reason” for biting, is one I hate. It also makes me feel like I am failing as a parent, that my child lashes out that way, even though I know biting is something a lot of children go through, and that it’s a stage, and that it can be dealt with and that most parents are understanding about it when a biting incident happens. I thought we were over the biting. I have a feeling we are not. We have been dealing with some other issues these past few weeks, sleep regression, outbursts of anger, and lots of physical aggression, as part of a growth/developmental/testosterone spurt, so I guess I am high alert again. I am hoping I can work with him, to get him to understand that when he feels angry or upset to come and get help, to walk away, and not to bite, but he’s only 4, he’s not really able to action that. Hopefully this stage will pass, soon. He knows when it happens that it’s not right, he is usually devastated and forlorn afterwards, and I hate that it happens and am torn between feeling frustrated and feeling sorry for him.

I am sure parenting is a perpetual mystery, you think you have figured your child and this being a parent thing out, and are just about to congratulate yourself on getting somewhere, and then something crops up and you feel like you are back at the starting gate again.

But that ended my smug parent feeling, as you can imagine. It was nice while it lasted. 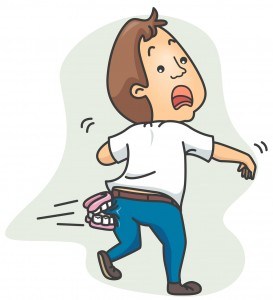