So I am about to confess something that will horrify millions of people…. I don’t like Loom Bands! I have managed to avoid getting any, or being given any, for the children (or me) since the craze started. But, unfortunately, LSH was given a packet, on Saturday, and so now, dooooom… We have Loom Bands in the house. (actually, I have hidden them, with vague promises that we will take them on holiday with us) 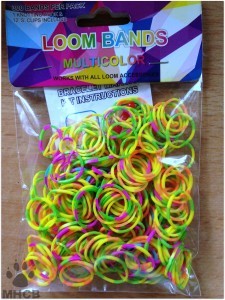 There, now I have said it, and people have recoiled in horror, shock and dismay, because lets face it, EVERYONE likes Loom Bands, or what they make. Even Prince William has been seen sporting a bracelet created for him (or by him, maybe he has a secret loom band hobby, to help wind down, from all the Royal duties and being a dad?) 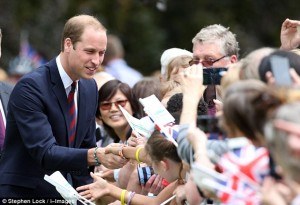 I do have some logical, or perhaps illogical, if you are a loom band lover, reasons.

Two years ago, Jasper the cat, decided to make a snack out of an elastic band. We only discovered this, after 3 days, when he became unwell, when said elastic band got stuck somewhere in his digestive system, and we had no idea what was wrong, so whisked him off to the vet. After a barrage of tests, and £725 later (thank goodness for pet insurance, is all I can say) the vet discovered the cause of his mystery illness was an elastic band, a small one. Jasper, obviously lived to tell the tale, but basically, all elastic bands are banned in this house. I have even managed to persuade our lovely postman to stop dropping the ones used for bundling post, outside our house, and on the pavement. I think having boxes and kits of mini elastic bands, floating round the house, being scattered on the floor, left in strange places, frankly would be too tempting for the cat who eats everything and anything, so I have managed to avoid having them in the house.

So that’s my logical reason.

Now for the rest…

I think they are ugly. I don’t think bracelets made of elastic bands, or other accessories look pretty. Maybe I just am not clued into what’s trendy, but I think, frankly, that they are a bit hideous. I do think the dress made of loom bands was pretty clever, but I wouldn’t wear it… 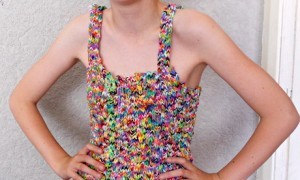 Not to mention that thanks to a slightly stupid experiment when I was ten, where I shaved the hair on my arms, and now have what thankfully are blonde, but hairy arms, the fact that elastic bands and hair on arms don’t mix, and it hurts when the bands get caught. I know this, because my lovely 7 year old made me a band, at school, and gave it to me. I wore it, for a day, because I am the kind of mother that likes to show my kids I appreciate their craft offerings, but after pulling hairs out of my wrist a few times, wincing in pain, I decided to put it on my shelf, where I keep a few things made for me by my children, that are precious, but unwearable, or impractical. If you would like to argue with me that you have hairy arms, and they don’t hurt, for you, that’t lovely, but I won’t be convinced.

They are also really fiddly. I just don’t have the patience, or manual dexterity, to create things with them myself, or help my children with them. I know you can get actual “looms” to make things out of the bands, but frankly, I am not spending money on them. There are only so many creative items you can produce from multi coloured elastic bands, and then you are stuck with millions of little bands, lurking all over the place, when the craze for them fades. I have a friend who has let her children get deep into the Loom Band craze, and she was moaning the other day about how she finds them all over the house… I don’t have time for extra tidying or picking up. The thought of hundreds of tiny elastic bands scattered all over my house makes my OCD kick in, I am twitching as I type this!

So, now we have some in our house, (hidden, at the moment) and I have to decide if we cave to the craze, or if I hold firm, and encourage my children to satisfy their craving to make random stuff from elastic bands, when they go to play-dates at friends houses, where they have parents who are much kinder and more pro loom bands than I am. The jury is still out. We will take the pack we have on holiday and see what happens. I guess they might keep the children busy on the long drive (either that, or every time one gets dropped and I have to do gymnastics from the front seat to retrieve it, and we will all need Valium by the time we reach our destination!)

Who knows, I may yet become a loom band fan….

Loom bands? Love them, or like me, loathe them?

P.S any well meaning friends or family who buy any more loom band packs, in an attempt to persuade me that they are really great, and try and convert me to loving them, or because you feel sorry for my children, and think I am a horrible parent, will receive the first batches of baby Giant African land snails when Albert and Delilah start to reproduce, as thanks! 😉