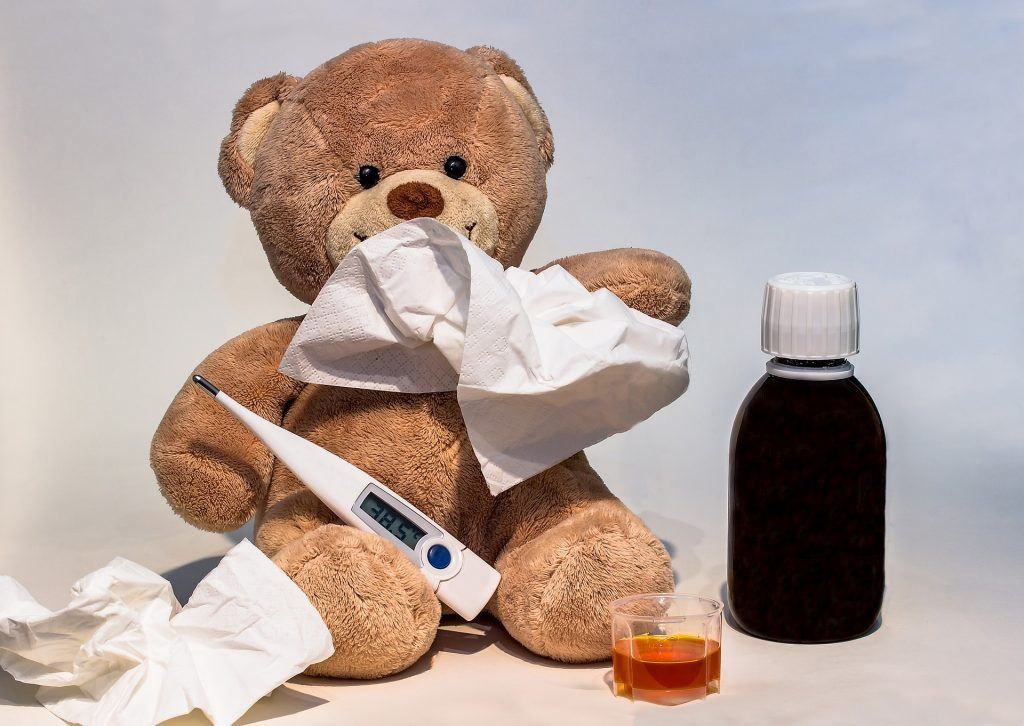 It sucks when your child is sick with a contagious or possibly contagious but. Particularly in winter when ALL THE BUGS seem to spread like wildfire.

I know what it’s like. Parents are busy and have a lot to juggle, and if you are working, or running around after your family, a sick child adds extra chaos. I know that feeling. You wake up, your day is planned, then your little angel decides to projectile vomit all over the bedroom, or has a fever that passes for more than just “woken up warm from sleep” or is under the weather. You have to rearrange your day, source childcare, or cancel plans.

I have been there. I worked three full days a week as a nurse, when the tween was not so big, and was in childcare, and seemed to go down with every lurgy going for the first few months I was back at work. I have had to do that childcare juggle when you have to either be at work, or find someone to replace you, or get things done from home. The husband and I juggled childcare through stomach bugs, viruses of unknown origin, chickenpox, Hand, Foot and Mouth, then recurring bouts of tonsillitis I stopped work for a period of time, but now am working again, with both my children in school, I blog, from home and I also work running toddler/parent groups and toddler music groups, locally which takes me out of the house 16 hours a week and whilst we don’t get as many germs as we used to, now the kids are older, we still have the odd occasion where one of us either has to take time off or work from home. It’s a pain but if my children are sick, I do not think it is fair to send them into school, mainly because when they aren’t well, they need to be at home, resting, taking medication to make them feel better, and also keeping away from other children, to try and prevent the spread of germs.

Nothing makes me more angry than when I discover that other parents think it’s ok to send their sick children into school. I don’t mean a cough or a cold, but a temperature they have medicated them for, to make them seem well enough, or still symptomatic with a stomach bug, or telling the teacher the spots the child has are “just a rash”, when it’s clearly chickenpox that hasn’t quite run its course….

I know it’s a nightmare to juggle sick children at home, I have done it, I know arranging time off work is a huge pain (I have worked for the NHS who are NOT family-friendly and do not like nurses taking time off to look after their own sick children) I know it’s a major inconvenience when you have a busy day planned and your child throws you a curveball by being sick, but it’s part of parenting and common sense that some families seem to have forgotten that when your child is sick with something that they could easily spread to other children  YOU NEED TO KEEP THEM AT HOME UNTIL THEY ARE BETTER! Of course, using common sense. A snotty nose and a cough is something that doesn’t always mean a day off, but a raging temperature or bodily fluids projectile launching themselves from your child’s orifices usually is a sign that a day or two at home is needed.

Children with fevers should not be medicated and sent to school. It is not funny that your child was so unwell that they spent most of the day asleep on the carpet in the corner of the classroom. Teachers are not nurses or childcare. Not to mention the fact that your sick child is now infecting other children, which means other parents then have to deal with what you have had to deal with. Sharing is usually caring, but not when it’s your sick kid you are sending into school, thanks very much.

Stomach bugs can be contagious for up to 48 hours post-recovery. Children, let’s face it are RUBBISH at hand-washing, and spread germs faster than lightening. Sending your child into school when it still has diarrhea from a stomach bug is not only unfair on them, but other children and the teachers too. When your child has been up all night vomiting, common sense again says keep them home, let them recover. Don’t send them into school looking green, to throw up all over the mat at registration, spreading the bug to their classmates.

It’s sick season, stomach bugs, weird viruses that bring on fevers are abounding, and it’s not fun for anyone, the kids who get sick, the parents who have to deal with sick children and juggle life (and come down with the bugs themselves, too, I know) nor is it fun for the teachers dealing with the sick children. Please don’t give me the “But I have to work” thing. Lots of parents have to, and it’s hard, and like I said, I have and am in that position. I don’t have on tap childcare, LSH can’t always work at home, while I run to work, and run home as soon as I can to take over, and I have had to call in sick, and cancel work things. Sending your sick/symptomatic child into school means other families then face the same situation, and whilst of course, our own families come first, you do have to think about others. Also, what might be a stomach bug for your child could be potentially life-threatening to another child who may have health issues. A fever and rash might just be Hand Foot & Mouth for your child but for a child undergoing chemotherapy, but able to be back at school, post-treatment, it could be serious and land them in hospital. Chickenpox may just be “another childhood illness” to most, but for some adults, pregnant women or those who are immune-compromised, it’s much more serious and could be life-threatening.

Yes, this is a lecturing blog post, but as I sit here, typing this post, having myself been on the back end of bugs shared to my kids via others who have not felt the need to keep their sick kids at home and having had to gently and politely explain to people recently that bringing sick kids to places where other children are is basically a big NO unless you are taking them to seek medical attention (side note, the tummy bug in a normal, healthy child over the age of two does NOT WARRANT a visit to the GP or A&E, please don’t do that. You are just spreading germs unnecessarily. You can seek medical advice that doesn’t necessitate you leaving the house clutching a sick bowl under your kid. Chicken pox can be confirmed by seeking advice from a website that has been published by qualified medical resources. I am not saying don’t seek medical help for your child but do use common sense. Medical practitioners do not love walking into waiting rooms full of infectious spotty kids and vomiting toddlers who could be diagnosed and treated at home without spreading their germs to others)

Basically, if your kid(s) is sick, it sucks, but you have to suck it up. You sending your sick kid to school or nursery means you can go to work, but it also then means my kid or other people’s kids may get sick, and they then may have to take time off work. Or your kid could be potentially making someone else really sick.

Keep your sick kid home. It’s common sense and kind to others. We all need a bit more of that.