I haven’t really watched much news this week, or read what is happening in the world, because I tend to try to take a break from reality when I am on holiday. However, the BBC alert thing flashed up last night, when I was sharing some photos with family on Facebook, and I went to read the news.

Kids Company, the charity that works with children in London and Bristol, is to close. I will admit to being rocked to my core by this news. I had heard things on the grapevine and on the news, but assumed because it was such a large charity, that it survive and pull through. I have always admired it’s founder Camila Batmanghelidjh inspiring and interesting, and thought that the charity did amazing work for children in need. 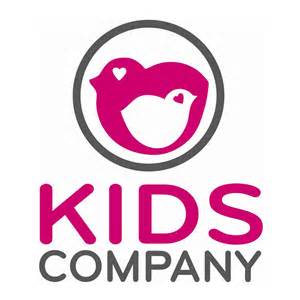 Of course, just because it’s a big charity and did a lot of good work, doesn’t mean that there aren’t things wrong within it’s administration, and management, which of course mean it could have got into trouble, and need to be restructured so that it can do the job it was designed to to. I cannot speculate on what is wrong or why it needs to close, and of course there will be two sides to the story, and information that won’t be shared with the media and public (and the media has done enough speculating over the past few weeks and is in a frenzy now) and I cannot pretend to know what has happened. As someone who is hoping to start an charitable organisation locally to enable the provision of some services and support for families, that aren’t being provided by the local authorities, it scares me. If a large, well known charity, with apparently a lot of financial backing, and input can fail and close so dramatically, what does that mean for smaller, less influential groups? Is more regulation needed so that charities and organisations can do the job they are meant to do, but also make sure they are working to the highest standards and being held properly accountable. Does our government interfere too much, or too little?

I am just sad though, and worried for the children the organisation was helping. I don’t for one minute believe that they will get the support and care they need from the local authorities, as the government is claiming will happen. If they had been getting adequate support and input then they wouldn’t need to access a charity in the first place. Given the cuts and budget issues most local authorities face, how can they cope with more need?

It’s a worrying time. I worry for our country, for the next generation, for the children and families that need help and support but have to fight for it, for the children who were getting help, who now will likely disappear into an already overwhelmed system. If a big and well known charity like this is able to fall apart so easily, what does that mean for other organisations and the people it will impact.

Posted in Everything else and tagged Charities, families, Kids Company.