Is the word “crap” a swear word?

Here’s why I am asking. I use the word. It’s a part of my vocabulary. It’s a word I have used for as long as I can remember when I am describing something that is bad, rubbish, broken, or in a bad situation. I will also use it as an expletive, occasionally. For me, it’s a common slang word, I am culturally used to using it. I know however that my South African husband, friends, and family do not like it as word, to be used in normal conversation and that others also don’t like it. My American cousins and family use the word, it isn’t seen as a swear word. My dad does, and my northern family, I know used it a regular word, not considered a swear word.

When you look up the definition of the word, from the Oxford English dictionary this is what you get: 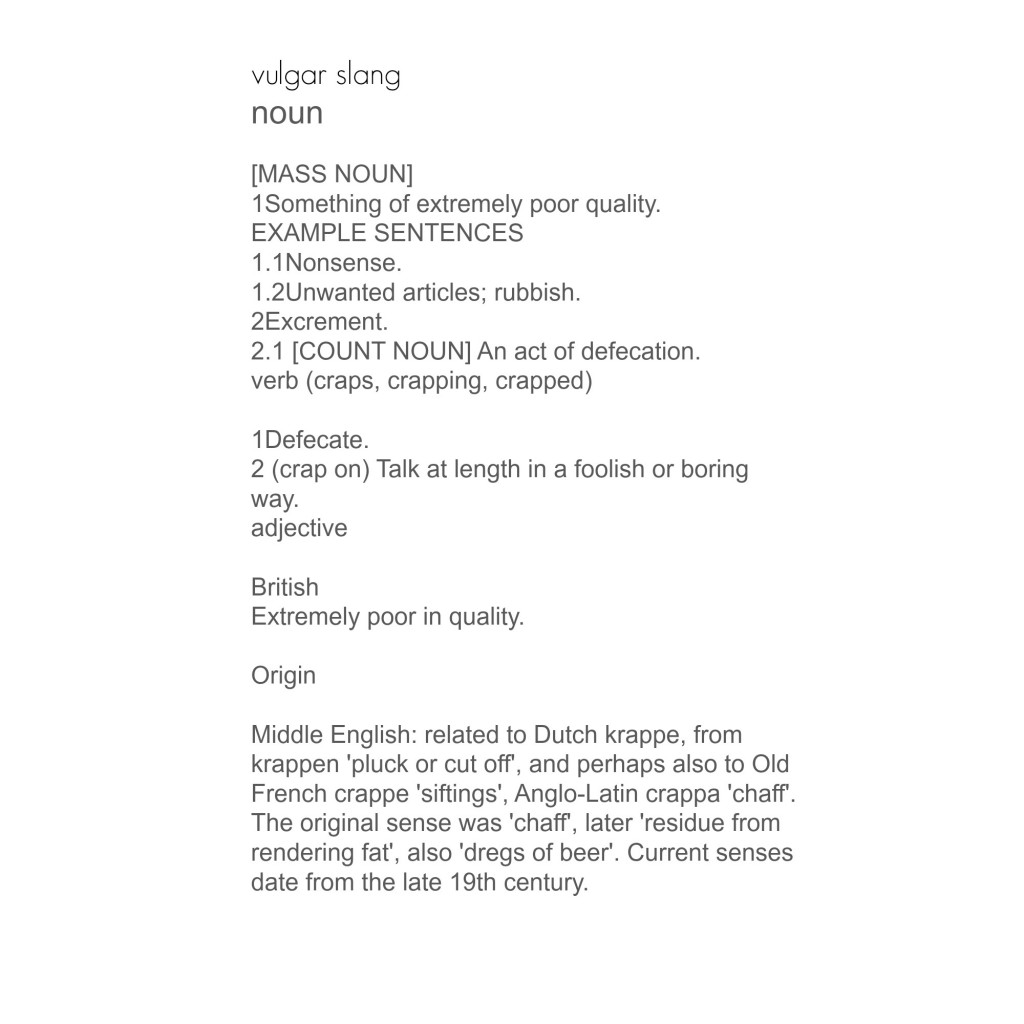 People have commented before when I have used the word, that it’s a swear word or not a polite word. I personally have never thought of it that way. Culturally for me, it’s no more a rude word than “damn” or “that’s rubbish”. However I know my mother didn’t approve of the word, and now I have noticed that occasionally that my children will use it, and I know some people don’t like it as and find it offensive. It could be many worse words, I know, but what I really want to know is:

Do you consider the word rude? Or do you think it’s a harmless part of a normal vocabulary? If you comment, I would love to know where you are from, as well, to give me an idea of background.

So, let it loose. I would love to know what people think and why they either don’t think it’s rude or why they do. Now my children are very aware, it’s always something I think about, and the language I use around them.

Is the word “crap” a swear word?

Please do not copy my work, or use my photos. Thanks © 2016-2020 karen reekieAll Rights Reserved
Posted in Everything else and tagged cultural differences, lanuage.

So has anyone actually been contacted by #TestTrackAndTrace in the U.K. yet and been told to stay home for 14 days. #BorisJohnson claimed today that thousands had...

Is there somewhere where we can see the ACTUAL U.K. daily deaths from #COVID19 and not just a lump sum of deaths cobbled from weeks and days before?

Here it is, Again thank you for all your support.

My top 20 Lockdown blog posts, featuring in no particular order

Here it is, Again thank you for all your support.

My top 20 Lockdown blog posts, featuring in no particular order