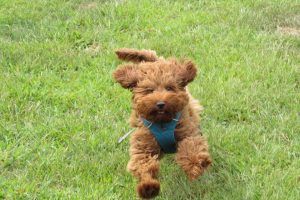 If you’re sure about welcoming an Australian labradoodle into your life, it helps to know the nitty gritty details of adopting one. Have a checklist of the dog’s needs and make sure that you are ready physically, financially, and emotionally for the needs of a new dog.