As a family, we’re very lucky to get out and about a lot, and where we can, we take public transport. I think it’s very important to do what we can to try and cut back on things like our carbon footprint. When you have young kids, and their whole future is ahead of them, you want to instill some good habits. And it’s a worthwhile idea to teach our children about doing what we can for the planet. And it’s not like I’m saying that we should all never use cars ever again, or not eat meat! But there are some simple things to think about to make the planet a bit better for all the future generations. And here are a few. 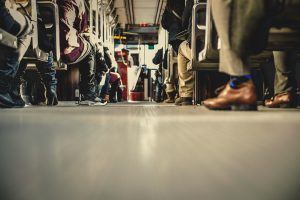 Seeing as we can get the bus pretty much anywhere, why don’t we make the most of it instead of getting in the car to go to the shops? We can always go for a walk too, and, apart from the environmental positives, we’re getting some exercise too when we head out. So many children aren’t getting a decent amount of exercise, so it’s worth getting that in while they’re young.

If you have to travel long distances, have you thought about an electric car? While the cost can be a bit much up front, they are becoming much more widespread than before, and the cost it is to actually charge up the vehicle, it is money you would save in petrol. And the hybrid cars are another option if you want to get the best of both worlds, but if cost is a big issue, and you need something to get from A to B, an electric scooter is a much more versatile choice. While the whole family can’t get on board, it’s a good measure to integrate into an environmentally friendly household.

Hopefully, you’re telling your children about recycling, and if you’re not doing it at home, it’s certainly the best place to start. It’s a very simple habit that is being pushed by local councils, and some are talking about placing fines on people who don’t recycle or wash their containers before putting them in for recycling. And I’ve seen so many children not even bother putting their waste in a nearby bin when they are out and about, but instead throw it on the ground. Do your children leave lights on when they exit a room? Or do they just leave their Xbox on all day? It’s these things that are wasting so much energy and increasing our carbon footprint. Let’s teach our children some better ideas instead. 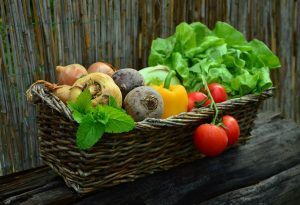 Cut Down On Your Meat Eating

Meat-free days are great now and again, and by not eating meat for every meal, you are helping to cut back on your carbon footprint in a little way. And even not having meat every day is good for us too. Have some lentils for things like protein, and it’ll be a simple way to help out the planet and get your kids into the habit.

Please do not copy my work, or use my photos. Thanks © 2017 karen reekieAll Rights Reserved
Posted in Family Life and Parenting.