I am not generally a helicopter parent. I am the mum at the park that doesn’t follow her kids round, fussing over them, I let my tweenager stay home for short periods of time, unsupervised, and I don’t feel like I need to be on top of my kids 24/7. I myself grew up with a fairly different childhood, with boarding school (where yes, they had rules and we were supervised but we were also allowed a lot of freedom kids today don’t have) and also my parents used to send me flying alone (well, not alone, but the “unaccompanied minor” system they had when I was child flying was MUCH more relaxed than it is today) and also we did play out, and my own parents did not hover or fuss over us, or monitor our every move, and I am pretty sure were more relaxed.

I was determined to not be a helicopter parent, and so far, I think it’s been ok. We are stricter about some things, and more relaxed about others things, as works for our family and our children’s personalities, as well as for my own        sanity and parenting capabilities. 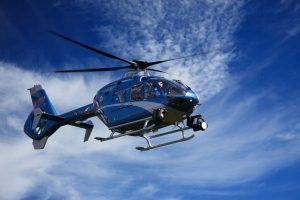 But I am struggling, and I feel like I am turning into a helicopter parent, and I don’t know why or what to do.

You see, my tweenager is starting to want to broaden her horizons and I don’t feel ready and I am not sure why I feel this way. She wants to play out with her friends, to walk up to the park, and to the shops on her own, or with friends, and she wants that bit more freedom that of course she is right to want and should have.

I think social media and being exposed to the world, has fed my anxiety about the world that has access to my child, when i am not there with her or for her. In my head, I know, common sense tells me, that really, there are no more weirdos and child kidnappers out there than there were when I was child, we are just simply more aware of them because of social media and the internet and the media in general, of the awful things that happen in the world and it makes us feel that are kids are less safe?

So I need to take a big breath and start to let go, don’t I? She’s growing up and she needs to go out in the world a bit and learn how to face it on her own and spread her wings.  It’s hard though, and I don’t know, why I feel so freaked out about letting her go. Why can’t she still be the toddler who needs me, and who’s most important decision to make of the day is what to watch on CBeebies and that Mummy won’t let her wear her swimming costume to nursery. Next year she goes to secondary school, she will be getting herself there and back and be out there on her own. Why does this feel like such a big wrench for her mother, who swore she would never feel this way…? I want to keep her in my sight and under my wing for a lot longer than she is going to want to let me, and I know that’s unreasonable of me. The world seems like a big scary place and I don’t feel ready to let her out in it.

Anyone else feel the same as me?