About four weeks ago, a fast hitting and rather nasty stomach bug hit our house. The day the children finished school actually, whilst I was recovering from my knee surgery. Stomach bugs are never convenient, to say the least. It hit the children, then the husband quite badly but I seemed to escape it other than very mildly feeling nauseuous and off my food for a day or two. I have some anxiety issues around stomach bugs, so I breathed a sigh of relief thinking we had dealt with the worst, by the end of the weekend.

I did recover, but then a few days later, stomach cramps and upset stomach hit again. This time seemed weird, because I didn’t feel unwell, at all, and was eating and drinking normally. It went away, only to return  a few days later. This happened twice more, over the course of two weeks. It seemed really weird, and not pinned down to any particlular eating habits or being exposed to more stomach bug.

Off I trotted to the GP, because I was getting a bit fed up and concerned, and wondering if I had a stomach bug that wouldn’t go away. Cue having to produce  samples of poo to be tested to see what was going on (and even though I am an ex nurse, I can tell you that it’s still gross to have to do this, you don’t need details on the how or the what!)

Tests came back showing no signs of infection or viruses, and my blood tests also came back normal. So what the heck is going on?

It turns out, the doc thinks I have Post Infectious Irritiable Bowel Syndrome. It would seem the stomach bug upset my digestive system and irritated it, so now, I have some symptoms of irritable bowel, and outbreaks of quite awful stomach cramps and a dire need to find a bathroom pretty damn quick. Sorry, TMI, I know. He thinks it will ease and go, and that my stomach will settle down, eventually but he can’t be sure. It is something people get, apparently, but I had never heard of it. Of course, he did point out that it may not go, and it could be that whatever the stomach bug was, has damaged my system and this could be a lifelong thing now. I am hoping not, because I know that IBS is a horrible and difficult to thing to live with and has other health consquences. I have to go back in Septmeber, to see him, and if the symptons are still persisiting (they currently are) then I will need to go for more tests and see what’s going on.

At the moment, I can’t pin point any major real triggers. Too much dairy seems to not go down well, and being tired and stress doesn’t help, but I can go days with managing things, then BAM, a bad attack. No rhyme or reason or real cause, or indication of why.,

I currently am trying to work out what to avoid, and if there is anything that will help or ease symptoms. The doctor has me taking this stuff three to four times a day, I can’t tell if it’s helping or not, when I have an attack. 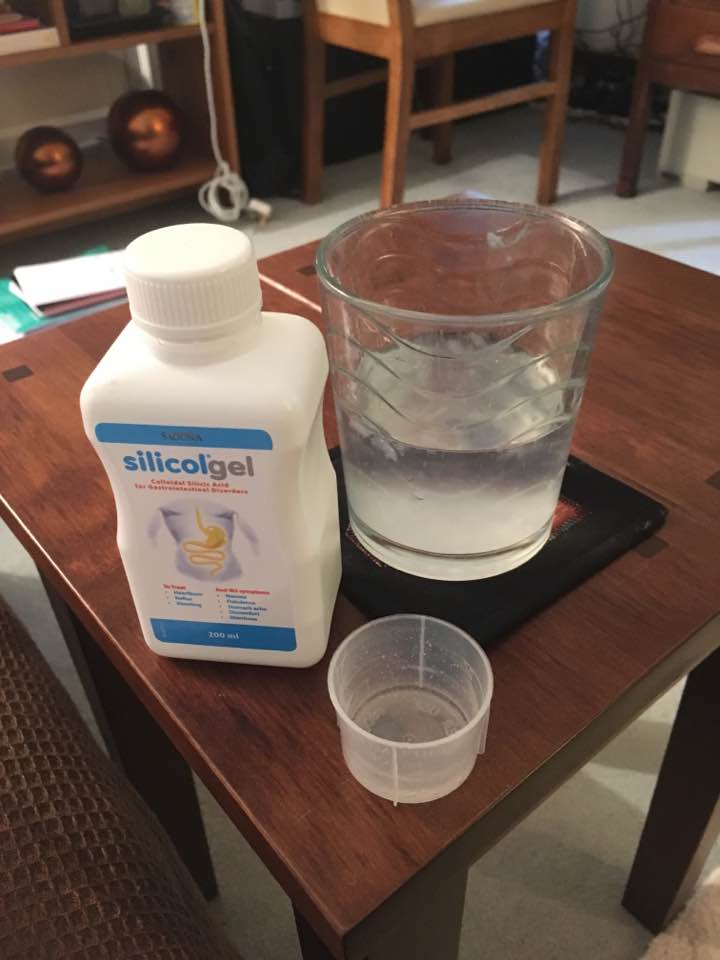 Frankly, it sucks. I am six weeks post a fairly major knee operation, and having been hit by this, out of the blue, and dealing with it, hasn’t been that great for my mental health. I am of course, trying not to google or read too much, and I am hoping it will go away. In the meantime, I would love to hear from anyone who has had this, or who deals with IBS and can give me some advice on what may or may not help. The internet is a great place for information, but it’s overwhelming and I can’t wade through it all and figure out fact from fiction. What to avoid, what I can manage. If there are any medications that help. Do I take probiotics?

There’s a saying, “this too shall pass”, I am hoping that this applies to me. Now I hate stomach bugs even more, if that’s possible.