Yes, I am talking testicles on the blog today. Don’t click away. If you are a woman who has any man in her life, be it a boyfriend, partner, husband, father, brother, male friends, then you need to read on. If you are one of my male readers, then you also need to stay and read. It’s important.

I’ve talked about other cancers before, on this blog, and today I am going to be talking about testicular cancer.

MEN CLUELESS WHEN IT COMES TO CANCER

Most men don’t know what testicular cancer might feel like and are too embarrassed to discuss their testicles with their GP, alarming new research has revealed.

A survey of 2,000 people has discovered the true extent of the taboo subject, with 82% of blokes unwilling to talk to their doctor about any issues with their testicles.

The worrying results were commissioned by Heck, a Yorkshire-based sausage brand which is sponsoring the world-leading testicular cancer charity The Movember Foundation, following its founder’s own testicular cancer last year.

Testicular cancer is not talked about enough. It’s kind of understandable. Even when I mentioned it to the husband he looked a bit shifty and uncomfortable. He’s used to me talking about breast cancer, and other health issues that are often talked about but like most men, I don’t think he really has thought about testicular cancer much, until I started to talk to him about it.

The Movember Foundation did a poll to find out what men really think or would do if they found a lump or something unusual in their testicular area. The results were quite surprising.

Commenting on the poll findings, a spokesperson for The Movember Foundation said: ‘Unfortunately this latest polling from Heck is accurate. Too many men are not checking themselves, not knowing what to look for and being too embarrassed to discuss the subject.

‘Tackling these taboos head on, getting more men educated on the health risks they face, taking action when needed and talking when things get tough, is exactly why The Movember Foundation exists.’

The survey also showed that almost one in 10 (9.8%) of men between the ages of 18 and 24 would do nothing if they felt a lump on their testicle.

Testicular cancer is often described as a small pea-like lump on one testicle, but many men are unaware of this. Two thirds of men had no idea this was a sign of the deadly cancer.

One in five blokes (18.4%) of men incorrectly assumed that a cancerous lump feels ‘like a flat coin’.

The research also found that three quarters of women (76%) would have no idea what a cancerous lump would feel like on their partner’s testicles.

In contrast, slightly less than half of men (46.6%) said they’d know when to be concerned about a lump on their partner’s breast.

The research was carried out by the brands founder, Jamie Keeble, who was diagnosed with testicular cancer last year. He said, “If men don’t know what testicular cancer might feel like, how can they possibly check themselves?  Testicular cancer is on the rise and men can reduce their chances of dying simply by knowing what to feel for.”

Other results from the research include:

To be blunt. Men are not checking their bits, and most men aren’t aware they should be, and don’t really think about what they need to do if they found something that concerned them, or what to look for that might be abnormal.

Testicular cancer tends to affect men under 35 years, so it’s important that all men get into the habit of checking themselves regularly, just like we encourage women to check their breasts for lumps and to have regular cervical smear tests, men can do the simple task of checking their testicles, regularly.

So, this Movember, don’t be shy. Don’t put it off. If you are a man, please Check your bits. If you are a woman, ask your partner, husband, brother, Dad, or male best mates if they have checked theirs. They may look at you like you have lost the plot, but it’s worth it, to remind them to look after themselves and to make sure they are aware of what they need to be doing. Checking and getting medical help if they find anything concerning, could save their life and help them to be aware of what testicular cancer is…

And yes, I have asked the husband, over lunch actually… 😉 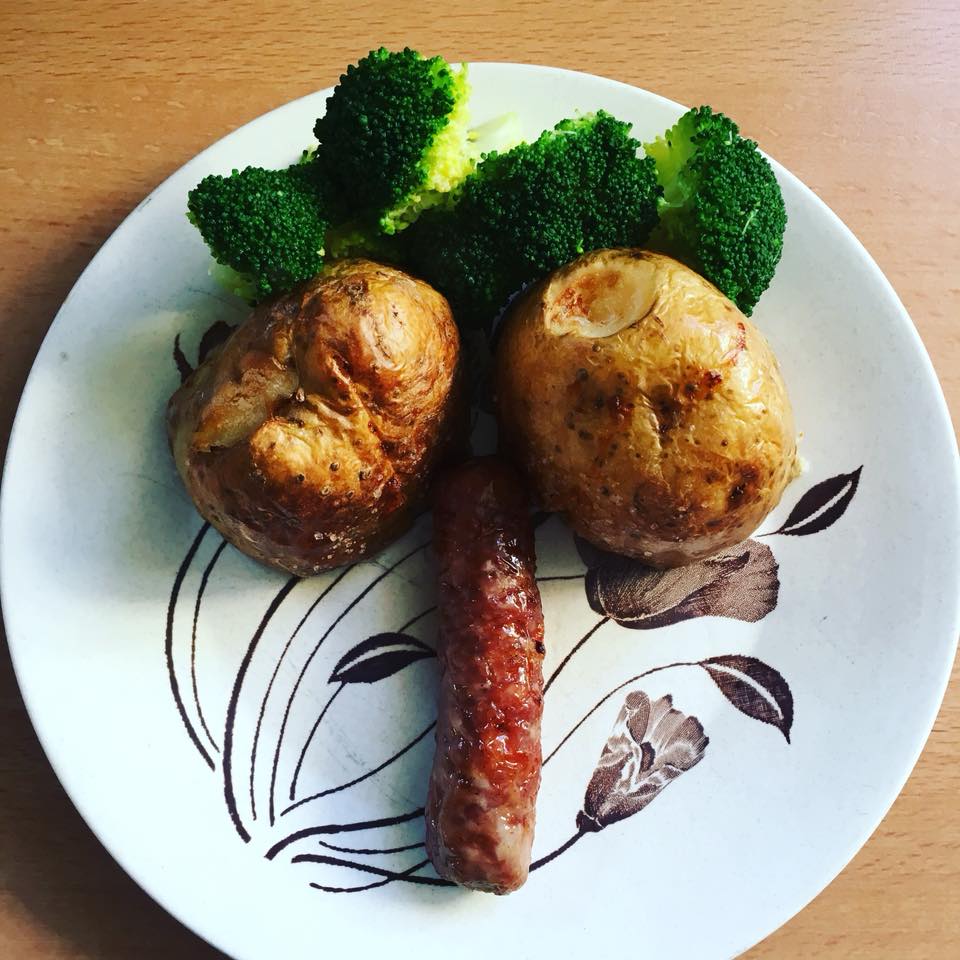 This is a collaborative post for the #checkyourbits #Movember campaign. We were sent some sausages to use as part of this work*