I am not one for resolutions. I don’t tend to make plans for the new year, or swear I will try to make big changes. However, one of the things I wanted to do in 2019 was try and be better about food waste. We are, frankly, rubbish at it.

As a family, we don’t eat that much convenience food, mainly due to food allergies, but we waste some food each week, and that’s something we can do better at. We recycle and compost as much as we can, but I am aware that what we are composting is often wasteful. I do give my neighbour some food we haven’t used for  her chickens, but even still, we waste a lot.

It’s mostly due to laziness on my part. I get tired and I don’t use up what I have planned for and bought. Or we plan meals and then life throws things at us and we change plans and food doesn’t get eaten.

It’s something we can improve on, and I want to try and make April the month we start to make more effort and really try and cut back on what we discard and waste, use up leftovers and plan better. For example. Last night, I had people over for a meal, in our home. I made more than enough potatoes as our starch part of the meal, and we ended up with a lot left over. We have eaten some, but there is still a glut of roasted potatoes left. My neighbours chickens can’t eat them because they have salt on them.

So, instead of throwing them away, I decided to experiment and make a sort of hash thing.

Crushed potatoes, with left over gluten free stuffing, some chopped onion, olive oil. In an oven proof dish. In the oven for about half an hour. Served with some sausages and veg. Voila. Dinner is served. 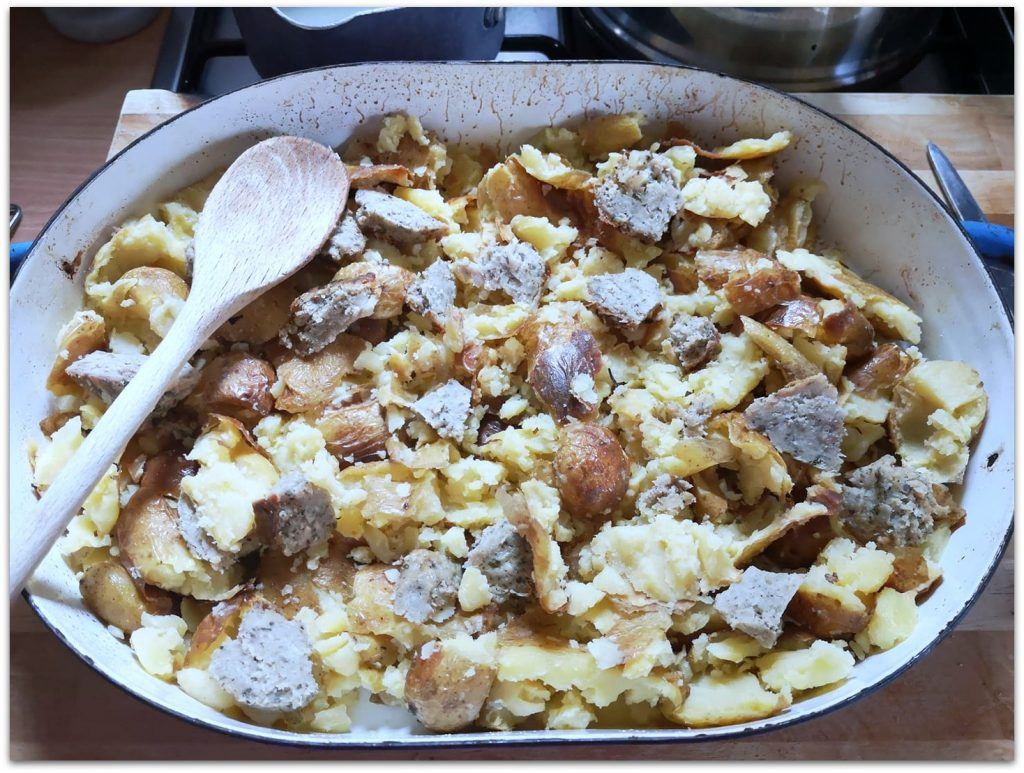 The kids thought it was amazing. I think it didn’t taste half bad. Dinner was quick, easy, cheap, and used up leftovers. No food waste.

Somethings I and we can do to cut back on food waste are:

Meal planning and sticking to the plan. If we have to divert from the plan, then using other foods we have, not buying more food.

Freezing food, so that if it doesn’t get used, it is there for future use, not chucked out due to expiry dates.

Getting creative with left overs.

It sounds easy. But can we do it and stick to it. I will have to let you know how we are getting on. I may even blog a weekly food waste up date.

Watch this space. Now, what do I do with the left over broccoli sitting in the fridge?