Last week, my Small Boy, who seems very small, in his uniform, trotting off with his book bag, started Nursery. This was a bigger milestone, for us, than it would seem. 6 months ago, we were in a pretty bad place. Small had some very evident sensory issues, and his behaviour and ability to cope in certain situations were very limited. When we received a confirmed diagnosis, that he had underlying chronic ear infections and needed grommets (after fighting the system and NHS protocol to get the answers)  and then went forward with the surgical procedure to have grommets inserted in his ears, we were at our wits end. He had been assessed to see if he was on the autistic spectrum, we had consulted  various specialists  in sleep and child behaviour, and we knew that if it wasn’t his ears causing his issues, then we were really at a loss. We didn’t know how he would cope with nursery, noise, lots of children, being pushed into a routine not familiar, and the many new and overwhelming sensory aspects that he would have to experience. If he had been born when he was supposed to (he was almost a week late) he would have started nursery in April of this year, and I really don’t think would have coped. Thankfully (I say that now, at the time, when I was overdue and uncomfortable, I wouldn’t have said it) he was born a week late, and we had a grace period in which we found out what his problem was, and were able to resolve it.I truly believe him going to nursery in April, with his ears being such a problem, and sleep and behaviour being so difficult, would have been a disaster. He is now happy, healthy and behaving like a normal 3 year old boy. He sleeps (almost normally, we still have the odd bad night, but these are far more bearable, because they are so few and normal for a child his age) and he went off to nursery, so confident and assured, and more importantly, is coping. He has had a wobble or two, and has been very tired, at the end of each day, but nothing unexpected, or normal, when compared to his peers. I have had people question our decision. Why didn’t we wait it out, why put him through the risk of anaesthetic, for such a small procedure, why did we make so much fuss when we finally found out that it was his ears, something so small and easily fixed. We have been criticised for going the medical route, when all else failed, because in other people’s minds, an operation, and it’s risks, and our motivation for doing so, seemed almost selfish. I am known for being a bit of a mad hippy, embracing a lot of alternative and non medical routes, so I think a lot of my friends and social circle were surprised when we opted for such a choice. We did it for this….Boy’s sleep was awful, he 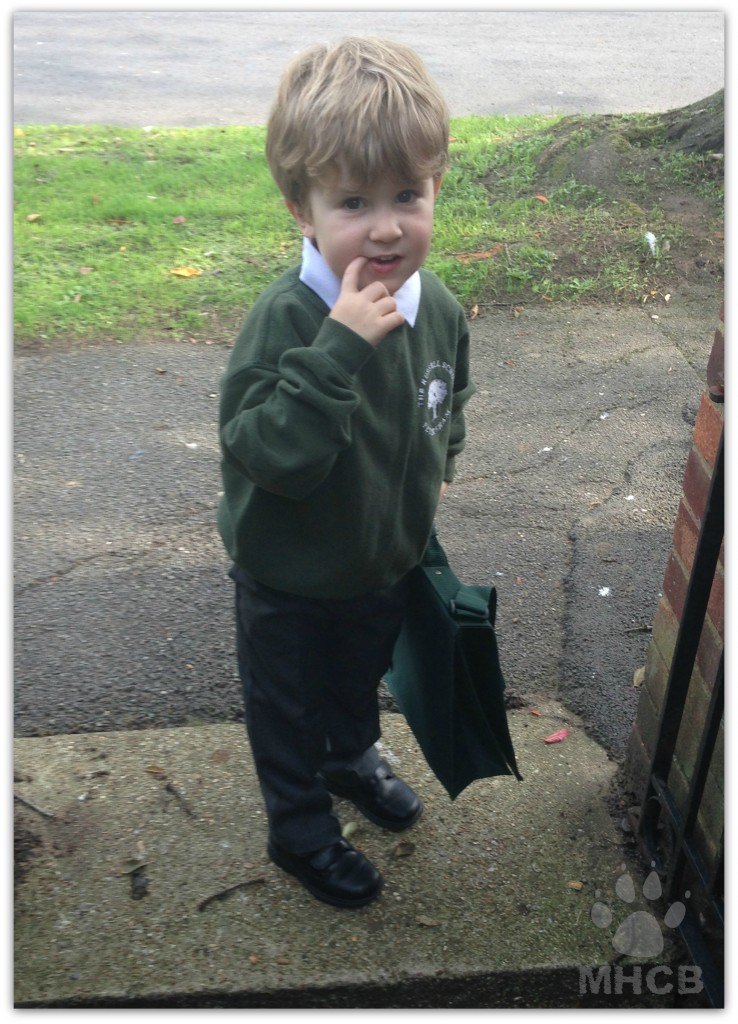 We could have waited, as per the NHS protocol,  ridden out another year or so of sleep deprivation, sat around while he struggled with speech issues (now, almost self resolving, now that he can hear properly, and isn’t in constant discomfort) and behaviour and anxiety issues, and tried to cope with nursery, or we could have kept him home, and not sent him to nursery, and then flung him in at the deep end of starting school next year. We could have re tried alternative methods that hadn’t worked previously, and plodded on. We decided a short anaesthetic, a very quick and simple procedure (I have assisted in over 300 grommet insertion surgeries, myself, we knew what we were choosing) and a very easy recovery, and a pretty high success rate,  Other parents may not have chosen this option, other families may have tried this and not had it work for them, but for us, it was the best choice. We paid for him to have the operation, we went with our gut, and sought a second opinion, we felt we were being give the right answers second time round, we did it. We have no regrets.