So you are reading the title of this post and thinking and possibly even saying “what the…?”.

You need to read on to understand what I mean and you will get what I am trying to say.

This week is Mental Health Awareness Week, and many of us, who have struggled with mental health issues, from depression, to anxiety, post partum depression, bipolar disorder, borderline personality disorder and other mental health issues are sharing what life is like for them, and what they live with, in the daily battle to fight the demons that mental illness can bring.

In 2013, I had a mental health breakdown. A proper one. I had struggled with anxiety most of my life as far back as I can remember, I have always been an anxious person. I was very ill with Post Partum Anxiety& Depression, after my daughter was born, and had counselling and treatment for that, and we all thought I was doing “OK” and after my son was born, I was very well, and didn’t struggle with the same issues, that I had had previously. I was “cured”. I still had moments of anxiety but as that seems to be part of my personality and I have always defined myself as “naturally anxious” I have learned to kind of just live with that, and try to cope.

However, in the Autumn of 2013, I realized that something was very, very wrong, and that whilst the rest of the world thought I was doing OK, and coping with what had been a hellish three years of no sleep, a child with higher needs than average, then the start of him needing input and intervention to help with his sensory issues, plus some serious family and relationship stress, and the death of a good friend, I was actually about to fall over a cliff in my mind, in fact I was already in free fall, and whilst I seemed like I was ok, inside my head I was screaming and every day it felt like even getting out of bed was going to kill me, inside my head.

I am very fortunate to have been one of the lucky ones who has a supportive GP, who didn’t just shunt me off with a bunch of pills but who listened to me as I sobbed “I feel like my chest is going to explode, I can’t do this, I need inside my head to stop feeling this way” and whilst I did start medication, I also was referred for intensive Cognitive Behavior Therapy (after being assessed by the local mental health team) and I was allocated a mental health caseworker who became someone who I could reach out to, and who monitored me and met with me pretty regularly. I became a user of the mental health system again, a patient, not a nurse. It was hard, horribly hard but I firmly believe finally seeking help saved my life, my marriage and helped me to see that I didn’t have to try and carry on fighting by myself, in the dark tunnel I found myself in. CBT and psychotherapy was painful, sometimes feeling like torture, as I dredged up memories and long hidden feelings and thoughts and talked about why I feel the way I do, and the triggers that send me into a spiral of anxiety, and the things I have done or said that have hurt family and those around me I love, when anxiety has got the better of me. Digging deep into your mind to try and figure how why it behaves the way it does is not easy, or a short process.

It hurt to tell my colleagues and employer that I was unwell, admitting that I was having treatment, but they were supportive and kind and continue to be, It was painful to tell family and friends who had thought I was doing OK. I felt like was disappointing them, and letting them down. It took me a while to admit that I was not as strong and capable as I had faked being for so long. I have always been the “coper” and the “deals with anything” person, who has a lot thrown at her, but I had to admit that I was not able to cope any more…

It also helped me to see who really was on my side and who wasn’t. Those who refuse to accept that mental illness is a real thing, and not just something we can “get over”, I now hold at arms length, and those who would judge or feel they know better what is inside my head than I do or don’t like it when I share and am open about my mental health struggles, I have chosen to walk away from. That hurt too, but in a way it was also healing and cathartic.

I am glad because I don’t have to hide. I don’t pretend any more. I am not ashamed. My mind has had some broken bits, and I have and still am taking steps to help those heal. My mental health breakdown and “coming out” means that I can be me, with all my flaws and not fake it, when I am struggling. My admission that I was unwell has brought healing and revelation to family and friends. It’s opened up opportunities to people in my life to talk about and be more honest about mental health, and it has also given people a far better understanding of where I, and other people are at in our mental health struggle. We have protected our children, from a lot of what has happened, but they know that “inside Mummy’s head wasn’t well for a while, and just like you would get help for a broken leg, Mummy got help to make inside her head better”. As they get older and more able to understand what mental health is, I plan to be open and honest with them, but also to be ready to help them if they need it, with their own mental health, and for them to learn compassion and be aware of those around them who may be struggling and give them an understanding of why.

It’s been hard, there have been moments where I have truly thought I would never get out of the black and deep tunnel of anxiety, and where it takes me, there have been times when I have wanted to just throw in the towel, and give up, not try to work on myself, deal with what’s in my head, and what triggers the overwhelming feelings that if I let them, would break me. I have had real almost broken moments but fighting through them, and winning, has made me stronger.

I fight on though. I fight for my family, because they need me to be whole and the wife and mum I am meant to be. I can see now, far more clearly than I could back then. I fight for those around me who rely on me as a person. But mostly I fight for myself, because now I can see it’s worth fighting for. For the first time in my life, I don’t hide and I fight for ME!

My name is Karen, I have a diagnosis of anxiety, I am the one in four who has a label of “mental illness”, I deal with life in a different way to others, and I have battled to live my life and see that I am worthy of feeling better. I am glad I had a mental health breakdown, because it has helped me to walk a different road. I am #notbroken 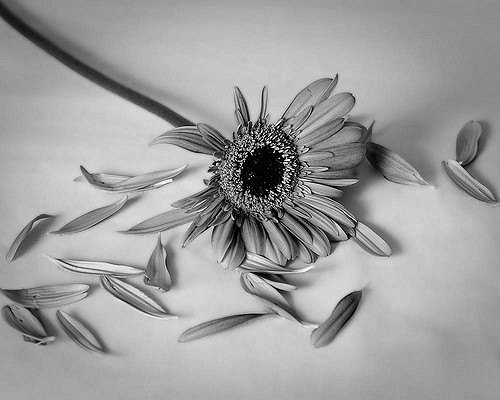